Nine classic and reissued styles by the designer will hit the site on Oct. 13. 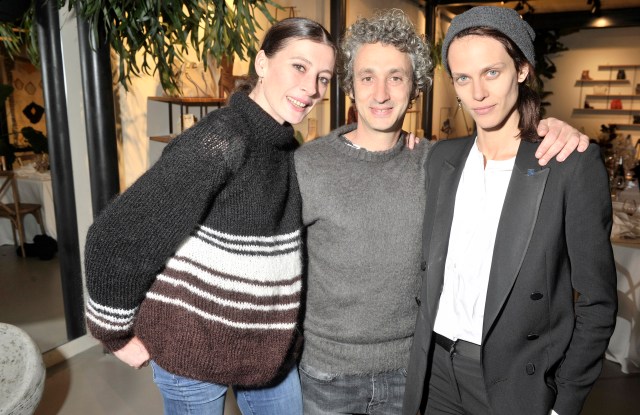 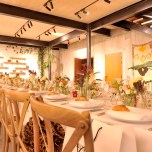 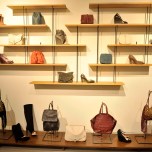 IN THE BAG: French accessories designer Jérôme Dreyfuss on Tuesday night hosted a characteristically intimate friends-and-family bash to celebrate the Oct. 13 launch of a limited-edition capsule of nine classic and reissued styles for Net-a-porter‘s sister site The Outnet.com.

Dreyfuss’s other half, Isabel Marant, joined in the celebrations, held at the designer’s sprawling new digs in the Marais district of Paris. “It’s a mix of everything I love in architecture: the Modernist houses of California and Brazilian and Japanese architecture,” said Dreyfuss, who designed the space himself.

Guests sipped aperitifs in the showroom’s plant-filled courtyard before taking their place at a long table decorated with pots of fresh flowers in autumnal shades for dinner. The accessories, which include a boho bucket bag with gold studs and tassels and a cute camouflage-print shoulder bag, were displayed on the back wall.

“What I loved about the project was the idea of being able to reissue pieces and give them some more play time, let them breathe a little. The market is so fast today, collections are replaced before people really get to truly appreciate them,” said the designer, who recently opened his first stand-alone store in London, on the corner of Bruton Street and Berkeley Square.

Among the night’s personalities, model-turned-actress Aymeline Valade, who has a role in Luc Besson’s upcoming space adventure film “Valerian and the City of a Thousand Planets,” scheduled for release in July 2017, had her eye on the line’s leather rucksack.

Meanwhile French ballet star Marie-Agnès Gillot, who is due to perform in Sidi Larbi Cherkaoui’s “L’Oiseau de Feu” at the Fondation Louis Vuitton on Oct. 29 and 30, singled out a bordeaux tote. Not for storing her ballet kit, mind you. “I carry my dog around with me, she’s a mini dachshund called Goldie,” Gillot said. “So I need a big bag.”