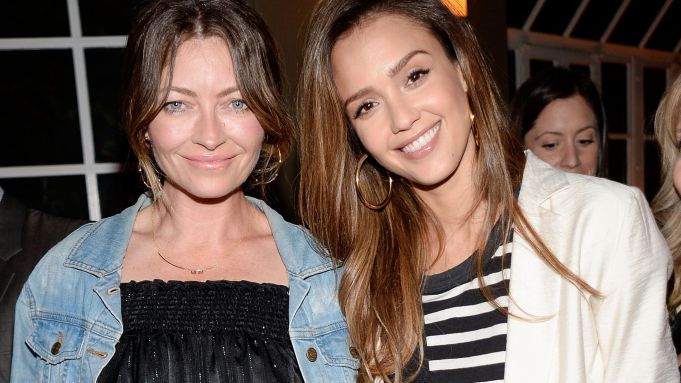 It’s been 30 years since Oliver Peoples burst onto the California eyewear scene, and the Los Angeles-based luxury brand, now owned by Luxottica, celebrated the milestone with a party at Chateau Marmont’s Bungalow One last weekend that drew Jessica Alba, Rebecca Gayheart and Brandon Thomas Lee, plus the faces of its latest campaign lensed by Peter Lindbergh, Levi Dylan and Monika Jagaciak.

“When conceptualizing the campaign and story surrounding this milestone year for Oliver Peoples, my mind went back to the beginning. When Oliver Peoples was founded in 1987, the brand challenged the ostentatious eyewear trends of the era with its decidedly classic aesthetic. This was around the same time Peter Lindbergh was rising on the scene and changing fashion’s view of beauty through his raw and minimalist photography. I’ve been a fan of Peter’s work since those early years and jumped at the chance to work with him for Oliver Peoples’ 30th anniversary campaign,” said OP creative director Giampiero Tagliaferri.

Guests got a preview of the black-and-white campaign images, which are set to break this week.

“Peter has the magic touch that you experience through the whole process, from his image selection to watching him work on set, he is truly one of the greats,” added Tagliaferri. “His photos are art, and I wanted Oliver Peoples to be relevant in that world. This project is more than just a campaign, it is a 360-degree reflection of the Oliver Peoples brand and lifestyle. From the talent we chose, to the location, this campaign is as monumental as our 30th year.”

Under Luxottica, the brand has expanded its retail presence to more than 30 stores, the latest of which are in Boston’s Prudential Center (opened in March), Madrid opening in July and Miami’s Design District, opening in late fall.