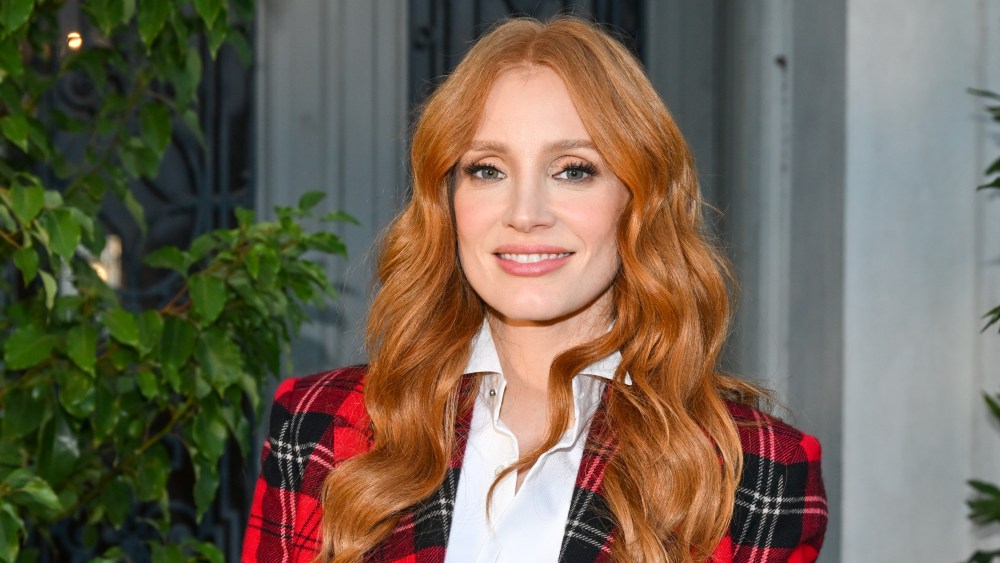 Chastain was joined in the front row by a lengthy list of celebrities, including Jennifer Lopez, Ben Affleck, Diane Keaton, John Legend, Laura Dern, Chris Pine, James Marsden, Lily Collins and many others.

The actress has been a Ralph Lauren global brand ambassador since 2017, regularly working with the designer on many projects. Chastain has served as the face of Ralph Lauren’s Woman fragrance and worked with the designer to create several costumes for her film “355,” where she played a CIA Agent.

This year, Chastain has worn Lauren’s designs for many of her public appearances. The actress attended the Tribeca Film Festival in June to premiere her film “The Forgiven” wearing a black georgette halter-neck dress paired with a cream silk tie from Lauren’s pre-fall 2022 collection.

She also sat front row at the designer’s fall 2022 runway show in New York City this March, arriving at the show wearing a black sequined jumpsuit paired with a black blazer.

In addition to working with Ralph Lauren, Chastain also has a relationship with Gucci, serving as the face of the design house’s new watch campaign and its high jewelry collection.