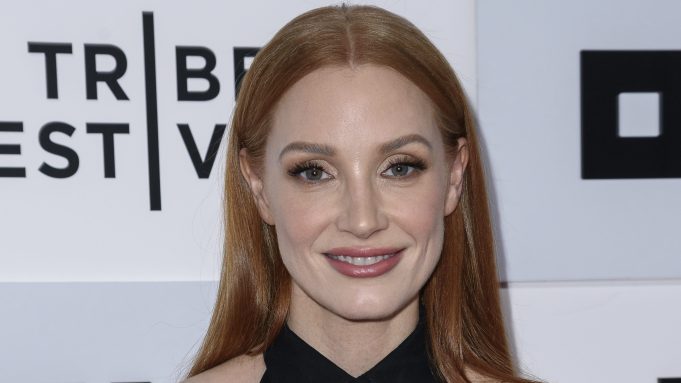 Jessica Chastain went with a menswear-inspired look for her latest red carpet appearance.

The Oscar-winning actress attended the premiere of her film, “The Forgiven,” Tuesday night at the Tribeca Film Festival wearing a look from the Ralph Lauren pre-fall 2022 collection. Chastain’s look was a black georgette halter-neck dress paired with a cream silk tie.

Chastain was joined on the red carpet by her castmates Christopher Abbot, Abbey Lee, Mourad Zaoui and others.

The actress regularly wears Ralph Lauren both on the red carpet and in films. For her recent film “355,” Chastain wore several Ralph Lauren pieces while playing a CIA agent. Chastain also frequently attends and sits in the front row at Ralph Lauren fashion shows and is the face of the designer’s Woman fragrance.

Earlier this year, Chastain won her first Oscar for best actress for her role in “The Eyes of Tammy Faye.” To accept the award, Chastain wore another custom Gucci dress: a gradient bronze-to-lilac tulle halter gown embellished with sequins.