Designer opens in a red brick townhouse not far from Harrods. 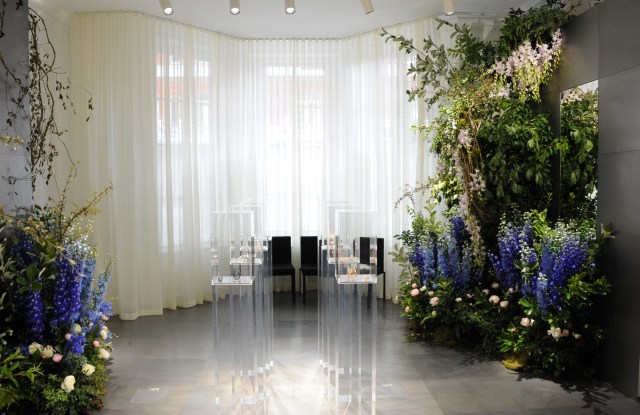 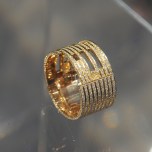 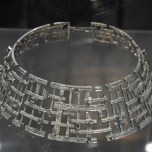 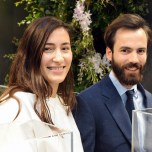 DAUPHIN’S DEBUT: The French jeweler Charlotte Dauphin de la Rochefoucauld made London her home four years ago, and now she’s planted her retail flag there, on Pont Street in Chelsea.

Her private showroom, not far from Harrods, is housed in a red brick town house with a shiny black door. It showcases her Dauphin collection of delicate, gold geometric jewelry — including hair cuffs — all iced with diamonds large and small.

“I’m based in London, so it made sense. And I love the neighborhood. I live nearby, and I like the fact that this is a destination — away from the crowds, but still right in the middle of things,” she said during a tour of the space.

This is her second showroom after Place Vendôme in Paris, and it was designed by the same architect, Félix de Montesquiou of the architecture firm DAS Studio. Like its Paris counterpart, the showroom floors — and a wall — are covered in square gray metal panels, with the jewelry displayed on Perspex plinths.

There are bits of Jean Nouvel furniture and a long vertical LED screen beaming out her designs in a film made by Paolo Roversi. This week, to mark the opening, it’s filled with floor-to-ceiling flowers — bunches of blue delphiniums, peonies, green vegetation and blackberry plants.

“It’s like an urban jungle, and there’s a focus on blue because that’s the color of Dauphin,” said the designer who was wearing a gold ring with many thin bands that had been dyed ink blue — an arduous process, as gold doesn’t take color well — and dotted with black diamonds.

The Chelsea showroom stocks some of the ink blue pieces as well as the the designer’s “reinterpreted” engagement and wedding rings. Her haute joaillerie features larger, overlapping diamonds, a design intended to “distort the original shape of the stones,” as well as delicate cuffs adorned with small, emerald cut diamonds.

Dauphin de la Rochefoucauld, who launched her brand in 2014 during Paris Couture Week, said the London opening also came in response to demand. The collection has been doing well at Dover Street Market in London and in New York, and will be stocked at the store’s Ginza unit in a couple of weeks.

Dauphin de la Rochefoucauld did some special ink blue jewelry for the Serpentine Gallery (she was a co-host of the summer party last week) and is working on some new designs that will launch in September.