Four unique items created by celebrated architects were revealed on the Prada runway, as some of them attended the show, together with Joe Alwyn. 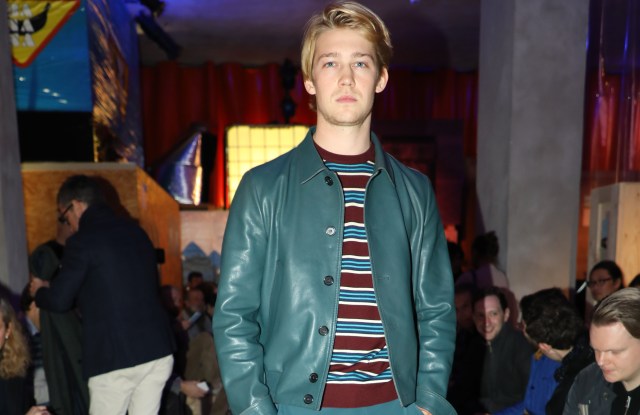 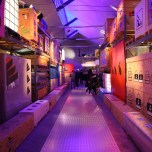 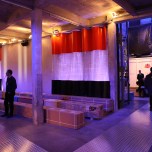 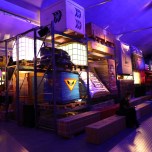 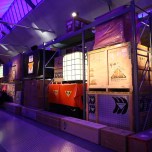 PUT YOUR HAT ON: On the men’s fall runway, Miuccia Prada chose to identify the models wearing or carrying the four unique items created by Ronan & Erwan Bouroullec, Konstantin Grcic, Herzog & de Meuron and Rem Koolhaas with a bright yellow nylon bucket hat. The use of nylon was the only brief the creative talents received to design their pieces, said Grcic, as part of the “Prada Invites” project.  “I was thinking of making a bag that you wear, and the first reference was a fishing net with pockets, but it became a more abstract interpretation and then an apron with many pockets,” said Grcic, whose studio is based in Munich. While the item was conceived in “one day and a half” before Christmas, Grcic said that he “knew [Prada’s] professional team could swing this. In all projects in collaboration with expert craftsmen or engineers, a project can be propelled onto another level.”

Ronan Bouroullec opined that Prada for this project was looking for “fresh blood from outside the fashion culture, and most virgin [at fashion].” Like Grcic, he said he felt entirely free to experiment and that, given the speed at which the item was developed, “it felt sort of like aquaplaning.”

Joe Alwyn, who fronts Prada’s spring 2018 “Ascension” campaign and is known for his role in Billy Lynn’s “Long Halftime Walk,” has been cast with Nicole Kidman and Russell Crowe in “Boy Erased,” as well as with Ben Kingsley in “Operation Finale.” In the latter, he plays the son of  Adolf Eichmann, one of the major organizers of the Holocaust. “It was such an experience to interact with such actors and to come into these projects. They all took me on,” said Alwyn of his experience with the three stars.