Corré is asking other punk fans to meet him and burn their belongings from the era during a ceremony on Nov 26. 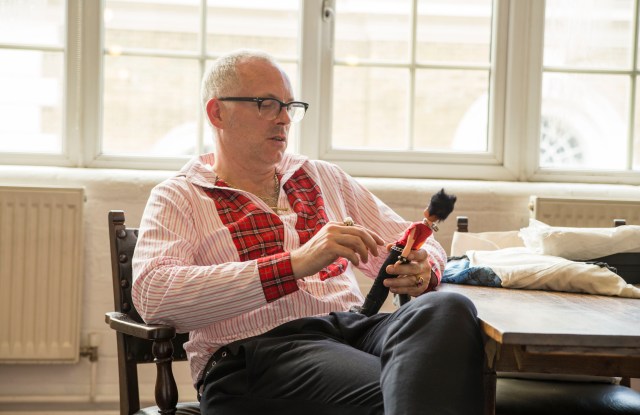 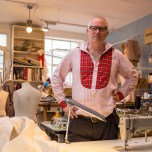 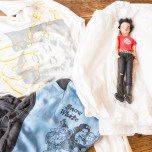 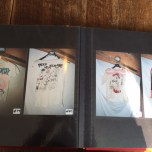 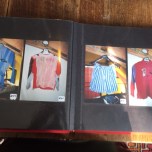 CORRE’S CAUSE: “Punk is dead. It’s time to think about something else,” said Joe Corré at a news conference in London, ahead of a ritual burning of the era’s memorabilia. The son of punk royalty Malcolm McLaren and Vivienne Westwood, Corré is pumped up for Saturday’s rally, which will see more than five million pounds, or $7 million, worth of memorabilia turn to ashes in Camden, north London.

Corré, who founded the high-end lingerie brand Agent Provocateur with his then wife Serena Rees, is asking other punk fans to meet him and let go of their belongings from the era at the burning ceremony on Nov 26. The date coincides with the 40th anniversary of the release of the Sex Pistols’ debut single “Anarchy in the U.K.” Corré’s father McLaren managed the group, and is considered the godfather of the movement.

Corré decided to stage a rally after reading about Punk London, an ongoing celebration of punk’s 40-year anniversary, with musical gigs, talks, and exhibitions. Corré penned an open letter to the anniversary’s organizers, asking: “Who’s really behind this thing? The Heritage Lottery fund? The Mayor? Where is all this money going? Is it going to support the homeless? The fund for old punkers uniforms? When are they going to start selling God Save the Queen mugs with a safety pin through her nose at the palace gift shop?

“Punk has been used by the establishment to show how ‘fair’ British society is because they are so tolerant, open and democratic. It’s in fashion. Every high street store pedals its own clichéd version. So what…does it mean anymore? Culture in decline is marked by conformity of opinion,” he wrote.

Corré said he expects the event to be a small, private affair filled with activists, friends and supporters. “We will use it as a platform to talk about some of the real issues that are going on, not just in this city, but around the world,” he said. “In addition, it will be live-streamed and larger crowds will be able to see it outside on a big screen.” Topics to be discussed include creative investment and human rights issues.

“I think particularly after Brexit, this as an opportunity now, as a nation, to not leave those decisions to people who don’t have a mandate,” said Corré. “But to really look after all the interests of people in the U.K., and also the way in which the U.K. touches the wider world. How we could potentially lead the way in renewable energy, in creative industries, and how we could set ourselves up as an example for (a way to) change our financial models and our taxation systems to be fair and democratic and actually get our democracy back.”

Corré sifted through his own punk hoard ahead of Saturday’s event. He said he began amassing Sex Pistols records and posters in the mid-Seventies. Among the items that will be burnt are a red tartan bondage jacket; a Venus leather sleeveless top; mohair sweaters; a God Save The Queen handkerchief; and Johnny Rotten’s trousers – which he loved as a kid.

“I’ve found some things that are really quite memorable,” said Corré of his punk collection, which had been in storage and catalogued. “I remember as a young kid falling asleep under my mother’s sewing machine. I remember wearing some of what she made. I was also a massive fan, as a young kid, of the Sex Pistols. I would always be in and out of my father’s management offices taking everything, the posters and records. Some of that stuff has a lot of meaning to me. So I may keep a few things that are special to me.”

As for fashion, Corré said he believes fashion has not had a “real effect in changing anything in a really long time. I’m afraid that for most (designers), the path is set out. They’re going to end up working for the corporations. Because trying to be independent in this day and age is nearly impossible.”

Corré said that creativity will only thrive in a certain atmosphere – which no longer exists in London. He called the British capital, “a sort of theme park for rich people who don’t pay their taxes, and tourists who come here to be titillated, but there’s nothing authentic left about it. If you had a situation where rents were cheap, there are plenty of empty properties that people could occupy. There are facilities for small manufacturing, that’s where artists move to. Up until recently it’s been in Hackney and Shoreditch, but that’s become completely commercialized and people can’t afford to live there anymore because that’s all trendy with luxury flats now.”