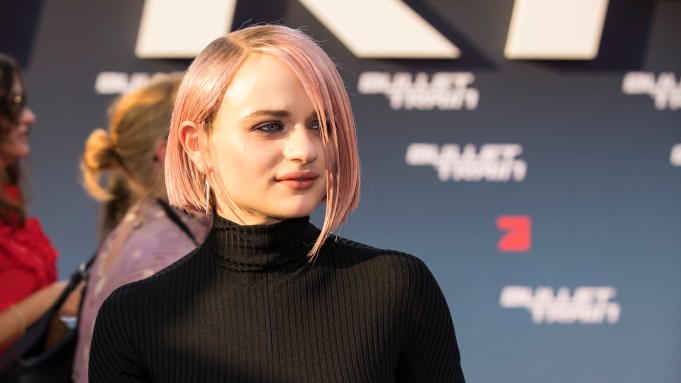 The actress attended the premiere for her upcoming film, “Bullet Train” Tuesday in Berlin, debuting a new blunt pink bob hairstyle. King paired the new hairstyle with an all-black, long-sleeve Balenciaga jumpsuit. The look was styled by Jared Eng.

For the film’s Paris premiere, King wore a sheer white shirtdress worn under a black structured dress from Thom Browne.

“Bullet Train” is King’s latest film this summer. She also starred in Hulu’s “The Princess,” which debuted earlier this month. King previously starred in Netflix’s “The Kissing Booth” film series and Hulu’s “The Act,” which landed her Emmy, Golden Globes and Screen Actors Guild Award nominations.