the hotel group recruited actor and filmmaker John Malkovich to write and direct a short film, which was screened at the private members club 5 Hertford Street in London on Tuesday night. 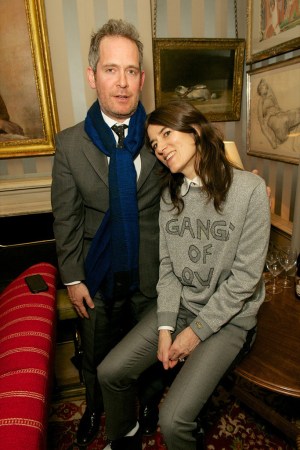 MALKOVICH’S MARK: The St. Regis Istanbul opened its doors earlier this week and to mark the occasion, the hotel group recruited actor and filmmaker John Malkovich to write and direct a short film, which was screened at the private members club 5 Hertford Street in London on Tuesday night. Champagne and Bloody Marys, which were first invented at the St. Regis New York’s King Cole Bar, were served to guests including the film’s stars — Julian Sands and Turkish actress Belçim Bilgin — as well as Tom Hollander, Bella Freud, Detmar Blow, Martha Fiennes and Stephen Frears.

This story first appeared in the March 5, 2015 issue of WWD. Subscribe Today.

In the film, Sands plays a screenwriter who travels to Istanbul in search of inspiration and hires a private tour guide, played by Bilgin, to introduce him to the city’s sights, sounds and flavors. The five-minute short has no dialogue; instead the audience hears voiceovers by the stars repeating, “I am listening to Istanbul.” For Malkovich, making a travelogue about this city that he’s visited often was not a stretch.

“Istanbul is a huge, massive city and often very noisy, but there are certainly a lot of sounds I do like there and some of them are in this film,” he said. “What I love about Istanbul is the mix — or even clash — of histories and religions. Visually, there’s always something in movement.”