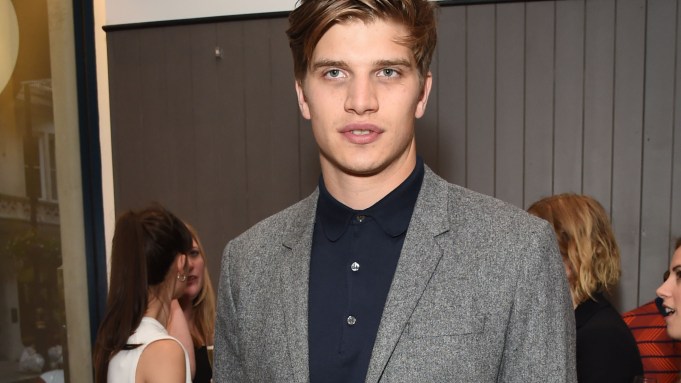 SPEAKING JERMYN: The British knitwear label John Smedley marked the end of London Collections: Men this week with a party at its newly launched store on London’s Jermyn Street, where it had shown its spring/summer 2017 collection.

Young British gents were out in force, with guests including model Toby Huntington-Whiteley, the younger brother of Rosie; and the British actor Tom Hughes, who stars as a young Prince Albert in an upcoming BBC drama about Queen Victoria. Rafferty Law, the son of Jude Law and Sadie Frost, entertained guests with a DJ set.

This season, Lou Dalton created a limited edition sweater with Smedley as part of the spring/summer collection she showed on Saturday. Featuring a digitally printed map motif inspired by the designer’s passion for orienteering, it was available to buy immediately after the show.

“This season in particular, we were also given the opportunity to deliver the product direct from catwalk to store, allowing the consumer immediate access,” said Dalton.

The Lou Dalton x John Smedley collaboration piece is available online, retailing for around $355. Dalson is one of a raft of young British designers, including Claire Barrow, Phoebe English and Ashley Williams, to work with the brand.