The 2,700 square-foot store on on New Bond Street is the brand’s first London flagship. 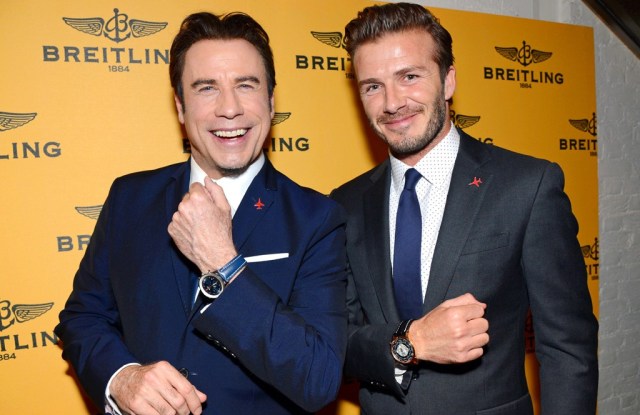 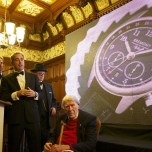 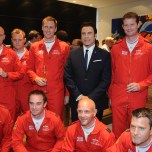 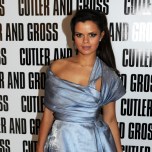 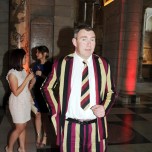 WATCH THIS: “We all share a passion for aviation. Breitling does, Great Britain does. The Air Force does — and I do,” said John Travolta, who was a guest of honor — along with David Beckham — at the launch of Breitling’s London flagship on Thursday night.

“London is a probably of the greatest cities in the world. So powerful and influential,” added Travolta, who is an ambassador for the brand, which held a party at the store and later at Annabel’s.

The 2,700 square-foot store on on New Bond Street is the brand’s first London flagship, and there are plans to open similar units in cities including Beijing, Hong Kong, Las Vegas, and Miami.

Beckham, who zipped back to London after attending the men’s shows in Paris, sang the praises of Kim Jones at Louis Vuitton.

“He’s become a friend of mine since I moved to Paris. He looked after me a lot when I was there, and gave me a lot of suits. There were some really nice pieces in the show, and I tried to put my name down for quite a few of them,” he said.

“To be honest, I don’t really go to too many shows. The only shows that I go to are my wife’s. But obviously, I am into fashion. I love fashion,” Beckham added.

On the previous night, Cutler and Gross feted its design director Marie Wilkinson, who has been with the company for 30 years — and has the goods to prove it.

“I have 60 pairs of glasses,” said Wilkinson. “I keep them all in a Jasper Morrison cabinet — you need proper furniture for your glasses,” she added.

That same night, in Milton Keynes outside London, Bremont launched Codebreaker, a numbered, limited-edition watch, inspired by the wartime heroes decrypting and encrypting. A percentage of the proceeds from sales will go toward the maintenance of  Bletchley Park, which during World War II was used as a code-breaking station for the British Army.

“Giles and I have always had a fascination with all things mechanical and, through our background of flying and restoring vintage aircraft, have always had a healthy interest in history and WWII,” said Bremont’s co-founder Nick English, referring to his brother and co-founder.

“The work done by the Bletchley code breakers is estimated to have shortened the Second World War by at least two years, thus saving millions of lives. It is mind blowing,” he added.

Influenced by a standard 1940s military timepiece, Codebreaker includes bits of Bletchley Park history, including paper from the punch cards used to analyze data, and pine from Hut 6, the center of operations.

The rotor of the watch contains original material from the rotor of Enigma, the machine used to decrypt and encrypt secret messages.