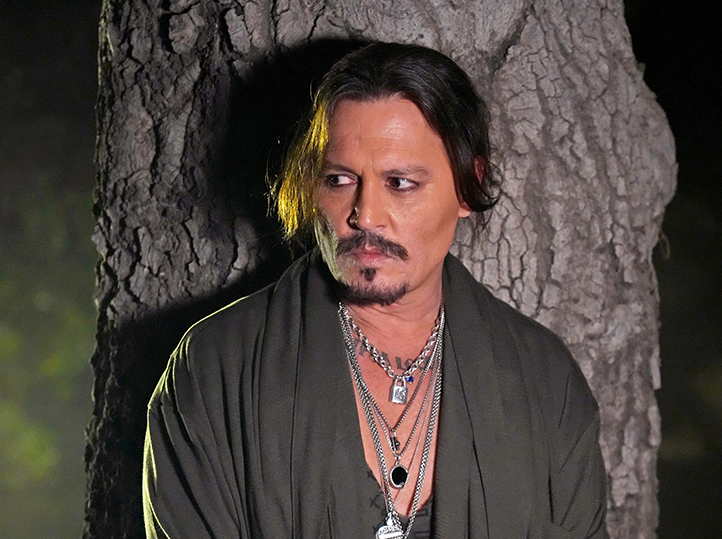 In his debut as a model for Rihanna’s brand, the actor sports a head-to-toe olive look, including a robe, pajama pants and a Savage x Fenty monogrammed undershirt. The actor is accessorized with a trouser chain on his pajama pants, several silver necklaces, including a dog tag and a statement ring.

Depp walks out to Outkast’s “So Fresh, So Clean” as dancers follow behind him in a rhythmic motion.

His hair is pulled back into a small ponytail as two strands frame the side of his face. He also wore black eyeliner.

In addition to his appearance in “Savage x Fenty: Vol. 4,” Depp is also getting back to work starring in a new project directed by Maïwenn titled “Jeanne du Barry,” where he will play King Louis XV. Depp is also returning to directing with the biopic “Modigliani,” of which he’s coproducing with Al Pacino.

Depp has kept a low profile after his defamation trial lawsuit earlier with his ex-wife Amber Heard, but is slowly returning to the public eye. In August, he appeared virtually as The Moon Man at the MTV Video Music Awards.

“Savage x Fenty Vol. 4” was executive produced and creative directed by Rihanna. The video project is now available to stream exclusively on Prime Video worldwide. This marks the fourth consecutive year of Rihanna’s Savage x Fenty show. The collection is available to shop on the Amazon Fashion Store and on savagex.com.