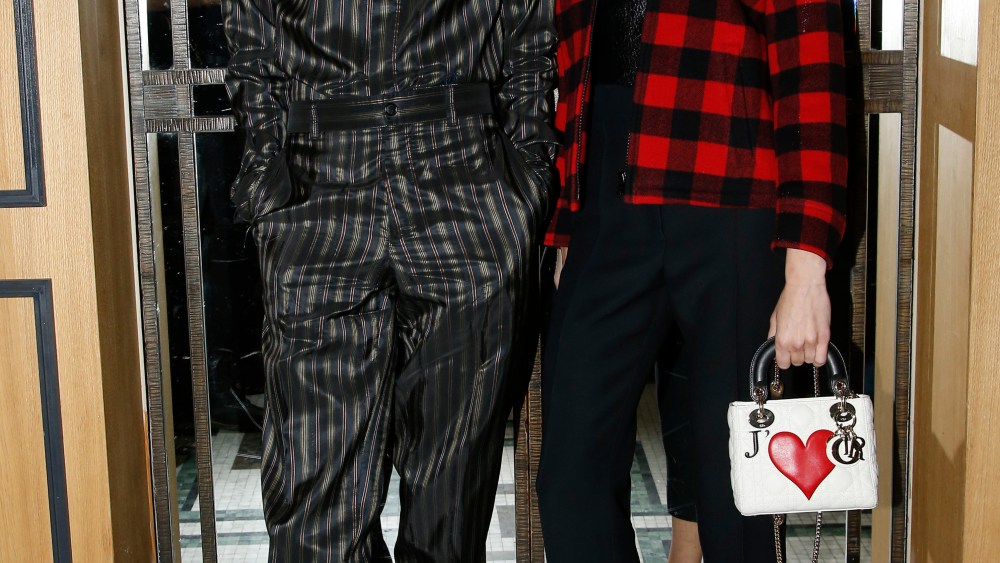 SILVER-SCREEN DREAMS: Jorja Smith, Dior’s new makeup ambassador, and Peter Philips, the house’s creative and image director for makeup, hosted an intimate dinner on Tuesday night at Paris’ Caviar Kaspia. The party in a room hidden down a windy corridor on the cult restaurant’s second floor was in celebration of the new Rouge Dior Ultra Care lipstick line.

But before guests — including Bella Hadid, Nina Dobrev, Brad Goreski and Leomie Anderson — sat down to tuck into the Russian eatery’s signature baked potatoes and caviar, they dished about what they’re working on and dream projects of the future, when probed.

Smith, who just wrapped a long tour, said she’s in a resourcing phase now. “I need to live and experience, so I can write things,” she said, adding that conversations, observations and talks with friends are among what inspire her. “I need to get back to doing that.”

Smith has not yet tried acting. “My dream role would have been Alice [Morgan] in ‘Luther,’” she said, referring to the British crime drama TV series.

Some bona fide actors were in attendance, including Natalia Dyer and Charlie Heaton, of “Stranger Things” fame. They brainstormed about which directors they might like working with or character they’d enjoy trying out.

“The Cohen brothers would be amazing,” enthused Heaton, who will appear in “The New Mutants,” playing the Sam Guthrie character. It is due out early next year.

“A lot of biopics are getting made at the moment,” he continued. “It’d be cool to do a biopic; it’s interesting.”

“The idea of really diving into somebody, a cool person’s life, their character and mannerisms is an interesting challenge,” continued Dyer.

She’d also be keen to play a “Tom Cruise-y action role. I just think the things that go into [making] those kinds of films are so exciting,” said Dyer. “Or any film that [allows] you to come out with a new skill. I think when you have to learn something physical for a role it feels very transformative and also adds to your own life and experience of life.”

Acting or putting out an album could be dream projects of DJ-producer Kitty Cash. “Maybe doing a clothing collaboration — something that is a little bit edgy, youthful in terms of branding,” she added.

Sami Miro was gearing up to be part of the Circular Fashion Summit. Most recently, her Sami Miró Vintage sustainable fashion brand was involved in a collaboration with Heron Preston. That was launched during men’s fashion week in Paris in June.

Model-DJ-stylist Sita Abellán introduced her latest jewelry line, including a dress, last Friday. While working on the upcoming collection marking her third season, Abellán is also focused on her music, playing techno.

Other guests in attendance at the Dior dinner included Camila Coelho, Nikki Wolff and Bryanboy. Jennifer Lawrence also made a surprise appearance.