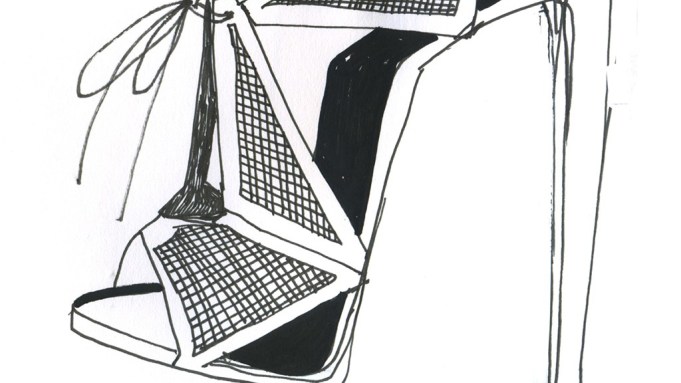 POWER OF TWO: Alongside showing its fall 2014 collection at London Fashion Week to mark its 25th anniversary, the London retailer Joseph has asked a clutch of designers to create special pieces to fete the milestone.

Six designers have each fashioned an exclusive piece for the retailer, with the limited edition items available at Joseph’s 77 Fulham Road store and online at joseph-fashion.com from Feb. 15, the day of the show.

Trotter noted that Joseph Ettedgui, the retailer’s late founder, was a “natural collaborator,” which led Trotter to launch the new collection with “friends” of the label.

Among the pieces are Rupert Sanderson’s black and white kid leather and mesh version of his Harting sandal, while Jonathan Saunders has created a dress in a reworked version of a tulip print from his resort 2014 collection. The Jil Sander label has designed a black and white clutch bag.