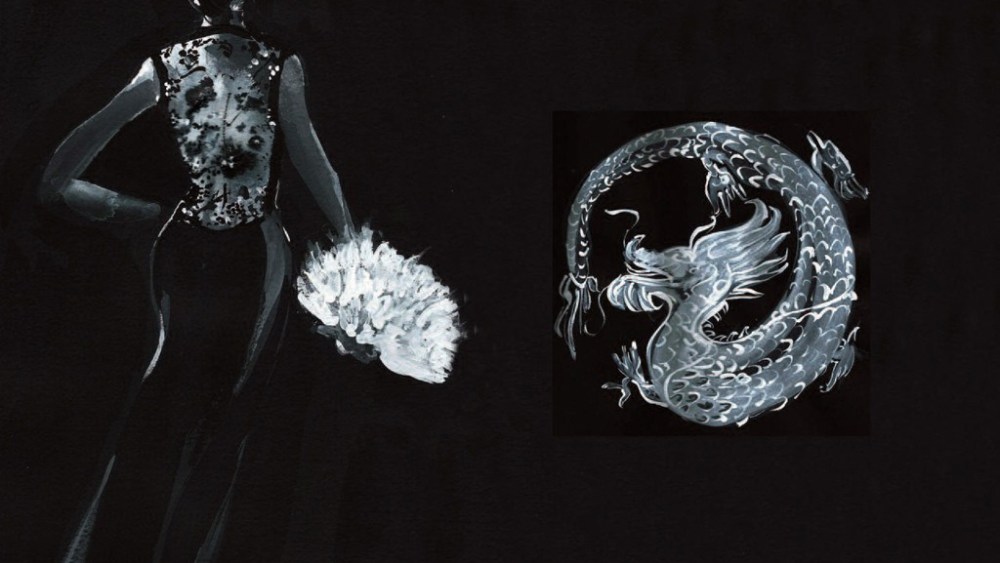 A DRAGON’S TALE: Josie Natori will be celebrating the 35th anniversary of the Natori brand on November 5 with a launch party for her first book, “Josie and the Dragon,” a fashion fairy tale of how the designer and businesswoman started her company.

The party will take place at Openhouse Mulberry, an art gallery at 201 Mulberry Street in manhattan, where an exhibition of paintings by Andrea Byrne will also be shown. Byrne created the dreamy illustrations for the book which include mystical renderings of dragons, Timed to coincide with the Year of the Dragon, the book is written by Jeffrey Podolsky tells the story in amusing rhyme and verse, of a young, hardworking Asian girl for whom the Dragon is a creative inspiration.

“This is a very exciting time for the Natori company,” said Natori , who started her career on Wall Street as the first female vice president at Merrill Lynch. She bridged the world of finance with fashion in 1977 when she sold an intricately embroidered shirt to Bloomingdale’s from her native Philippines.

“The book, which will have 3,000 printings and around 20 illustrations, talks about my history and the history of the house of Natori…It makes the anniversary more fun and not so serious,” said Natori.

Over the 35-year span of the iconic brand, Natori’s signature has become a melding of an Eastern aesthetic with Western culture that is translated through a prolific range of colors, prints and fabrics. One of her most famous prints is an Asian Tea Party pattern which Natori adapted from a 19th-century Chinoiserie print she found at a vintage textile shop in Lyon, France. In addition to lingerie and sleepwear, her products have expanded into the lifestyle realm to include ready-to-wear as well as several licenses including eye wear, fragrance and home accessories. Her next step is a collection of shoes which were previewed at a rtw presentation during New York Fashion Week in September.

A second celebratory event will take place November 7 at the Natori rtw boutique at the Sak’s Fifth Avenue flagship in Manhattan. A mix of Natori’s rtw, sleepwear and lingerie are featured this week in the Fifth Avenue windows at Saks.

The Saks event will be followed by a cocktail party and formal fashion show on November 14 as well as a week-long exhibit at the Ayala Museum in Manila. The event is being co-sponsored by Rustan’s, a major department in the Philippines which houses Natori rtw and Josie innerwear in-store shops.