The dean of the School of Graduate Studies and the chair of the MFA fashion design department have been placed on administrative leave.

Joyce F. Brown, president of Fashion Institute of Technology, released a new statement Friday evening to the FIT community updating the steps the college has taken and continues to take in response to the fallout of the MFA Fashion show on Feb. 7.

As reported, during that show, model Amy Lefevre refused to wear accessories she considered racist that FIT graduate Junkai Huang showed with his looks. She walked the runway without them and told WWD she felt uncomfortable wearing them. Earlier this week, Brown issued a lengthy apology to those who participated in the show, to students and those who were offended by what they saw. The accessories, in question, were large prosthetic ears and lips and bushy eyebrows.

“This moment, in our minds, is not about closing a chapter and letting wounds heal. It is the beginning of accountability. And we cannot expect our community to trust us without a full examination of how this came about,” said Brown in the new statement. She said FIT has commissioned an independent investigation “of ourselves.”

“Bond, Schoeneck & King, an external law firm, will immediately conduct a thorough and objective probe into the incident, including what led up to the show and what followed,” said Brown.

Second, she said, FIT is recommending a pause, and a request for context, around the role of Huang, the FIT alumnus whose collection at the runway show is at the center of the controversy. ”Junkai has said, and his thesis notes and sketches support, that the collection he designed and produced was not aimed at invoking or provoking racial implications,” she said.

Brown said based upon information available, that the styling and accessorizing Huang used in the show were provided to him, rather than chosen at his discretion. “To us, this indicates that those in charge of and responsible for overseeing the show failed to recognize or anticipate the racist references and cultural insensitivities that were obvious to almost everyone else. That’s inexcusable and irresponsible — but also why we are commissioning an independent investigation,” said Brown.

As the investigation unfolds, Brown asked that the community “hold us — rather than Junkai — accountable.”

Consequently, FIT said Mary Davis, dean of the School of Graduate Studies, and Jonathan Kyle Farmer, the chair of the MFA fashion design department, have been placed on administrative leave, pending the conclusion and outcome of the investigation.

In addition, Brown said she is sending a personal note of apology on behalf of herself and FIT to Lefevre for what she experienced at the show. She is also sending similar letters of apology to all the models who were part of the same collection.

Brown noted that her cabinet has already held multiple meetings with faculty and students to begin “a deep and serious dialogue about the immediate, long-term and systemic implications of the MFA-FIT runway show.”

“These are just first steps,” said Brown. “I remain personally committed and determined, with your help, to resolve and reconcile these issues in our community.”

On Monday, Davis, Dean of the School Graduate Studies, issued a statement, which read, in part, “Press reports about my being placed on administrative leave as Dean of FIT’s School of Graduate Studies suggest that I had responsibility over the content of the fashion show in question, including any use of accessories. This is false and, frankly, defamatory. Let me be crystal clear – my responsibilities at FIT do not include providing direct oversight or approval of students’ creative work. Not only would this be very difficult as a practical matter – there are seven masters programs at the School of Graduate Studies – it would breach FITs policies designed to protect the creative freedom of faculty and students from interference by administrators.” 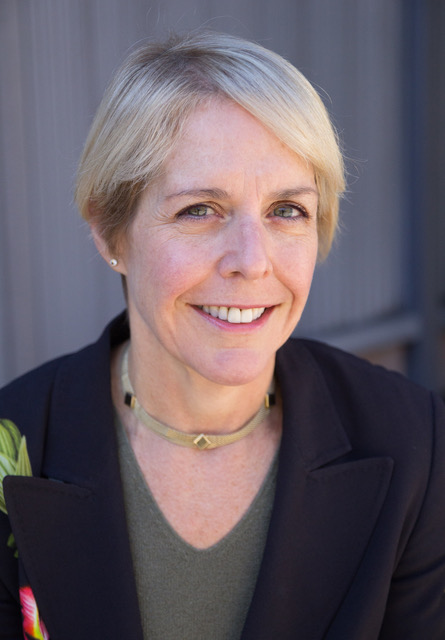 Davis noted that she has an open-door policy for faculty, students and staff to come with any ideas or concerns, and “No one did that regarding the accessories in question until four days after the show.”

She said that Farmer, department chair, “has publicly taken full responsibility for the addition of the accessories in questions and has publicly apologized.” She also noted that the short-term independent contractor hired by FIT to product the show “has also publicly apologized for not recognizing that the accessories were insensitive and has admitted to negligence in dealing with the situation.

“I, however, didn’t even know of the existence of the accessories until I saw them presented at the show, nor would have there been any reason for me to know,” said Davis.

Four days after the show, she said she held meetings with two students in the Fashion Design program who had concerns about the accessories and met the following day with Professor Farmer. She also held a group meeting with all second-year students in the program. The meeting’s purpose was to gather more information and express her support for them. She then provided a detailed memo to her immediate supervisor, Jack Oliva, vice president for academic affairs, and to Cynthia Glass, vice president for human resources. Neither directed or even suggested that she take further action.

“Racism is any form is antithetical to the mission of FIT and to my personal values. Providing an inclusive, supportive environment in which all students can learn, be creative and thrive is essential to all education. I have always taken full responsibility for those matters that are my responsibility, however, I should not be held accountable or blamed for not stopping activity that I didn’t know existed,” said Davis.

Marjorie Berman, partner, Krantz & Berman and counsel to Davis said, “FIT’s action in putting Dr. Davis on administrative leave before an investigation has been conducted is premature and unnecessarily damaging to the stellar reputation Dr. Davis enjoys in the academic and fashion communities. We look forward to the facts surrounding the fashion show being fully revealed so that Dr. Davis can clear her good name.”