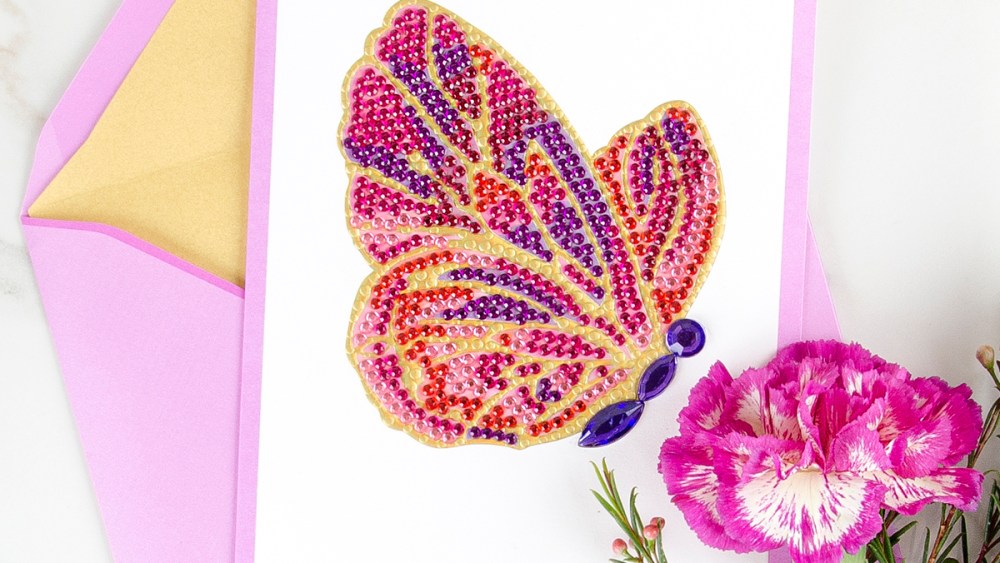 Together, they have developed a card collection replicating 16 of Leiber’s most iconic, signature, crystal evening bags. The Papyrus Designer Collaboration series, which began last year, has previously featured Zang Toi and Lela Rose.

“Each handcrafted card boats up to 1,600 shimmering gems, reflecting the detailed craftsmanship Papyrus cards are known for,” said Diana Ruhl, executive vice president of brand and creative at Papyrus. “In partnering with Judith Leiber Couture, we knew we could create beautiful works of art that reflect the meticulous detail that is evident in every piece of her line.”

A photo of each Judith Leiber bag that inspired each design can be found on the back of the card.

Greeting cards range from $9.95 to $18.95. The cards are available on papyrusonline.com and will be launched at select retailers next month and nationwide in October.