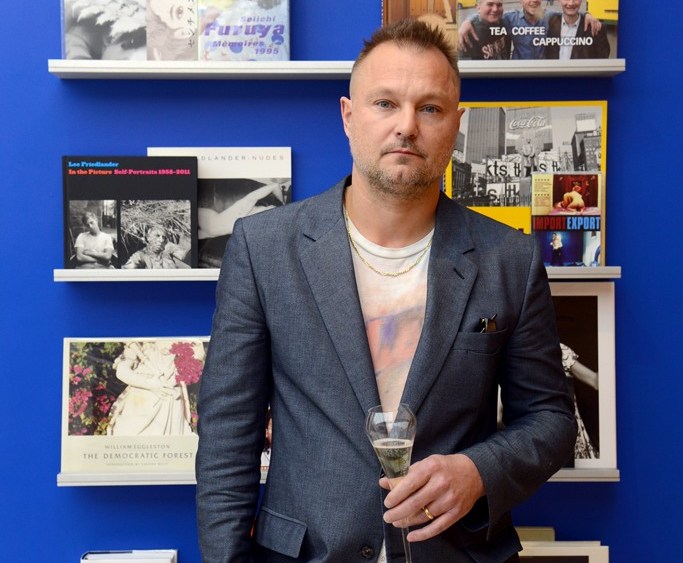 SHELF LIFE: Louis Vuitton opened the doors to its invitation-only private apartment at its Maison on New Bond Street for an exhibition curated by Juergen Teller. The photographer is the first person to be asked to curate the artwork in the apartment, which he did using his own work, including portraits of Mariacarla Boscono and Charlotte Rampling.

But the night’s real raison d’etre was Teller’s “Curated Shelf,” a space in the Maison’s bookstore that echoes a concurrent cultural happening in the city, in this case it’s his retrospective exhibition at the ICA. Teller hand-picked a selection of books and films that have influenced his life and work, including tomes by photographers Boris Mikhailov, Lee Friedlander and Nobuyoshi Araki, all of which are for sale.

“I liked the idea of showing what has touched me,” Teller told WWD. “I wanted to show those books that have had a reaction within me; a profound reaction. Some are strange and difficult, some are obvious, but I treasure them and what these artists and photographers mean to me, in my heart.”

Tallulah Harlech was just back from shooting her first campaign in Milan. “I was shooting Hogan with Katie Grand so I missed Fendi,” she said. “But I did discuss an exciting project with Charlotte Stockdale and maybe doing a special project with Fendi next season, maybe curating a capsule collection and documenting it in a film or styling it for a shoot.”

Jade Parfitt was reminiscing about the last time she was photographed by Teller. “It was for the Missoni lookbook and I arrived at the shoot in Italy around lunchtime. Everyone was eating and drinking and I thought, ‘fantastic, I haven’t been on a shoot like this in ages!’ but by 6 p.m., I still hadn’t been shot so I went to Juergen and asked if he could do me next — there were, like, 40 people being shot that day, all the Missoni family — and he just went, ‘Oh, yeah sure’, took two shots and that was it. That’s how good he is. He can get the shot in two pictures. I should have gone to him much earlier.”