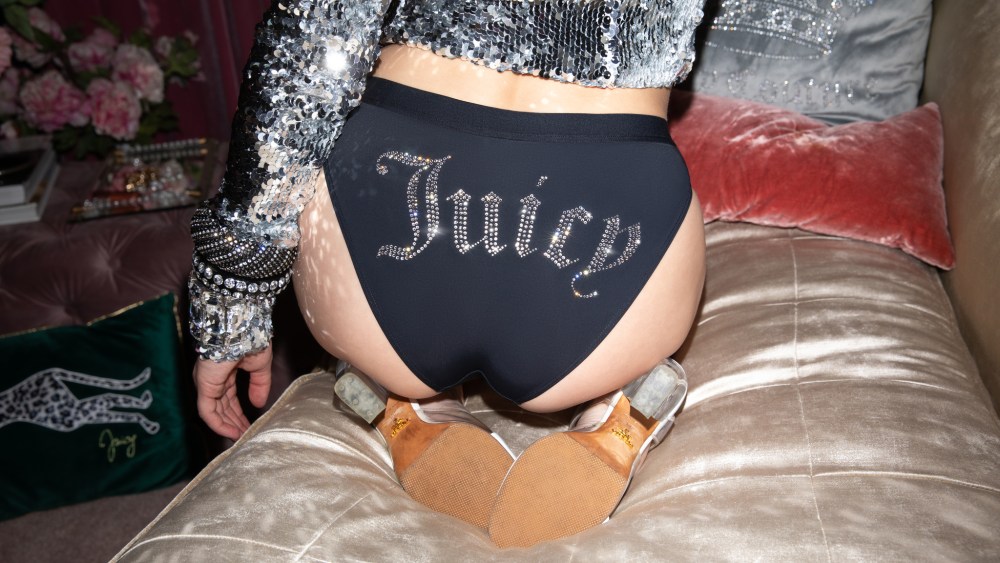 Juicy Couture has teamed up with Parade to put its name where it has perhaps been most missed: across the butt.

The direct-to-consumer underwear company, in partnership with Juicy, will offer a trip down early-Aughts memory lane, with a collection that launched Monday.

The Juicy and Parade collaboration, priced from $16 for a single pair to $88 for a multipack, includes underwear as well as a makeup bag and scarf. Many of the panty styles come with Juicy scrawled across the behind in its trademark gothic-type font, some in rhinestones, and others in metallic or multicolored finishes.