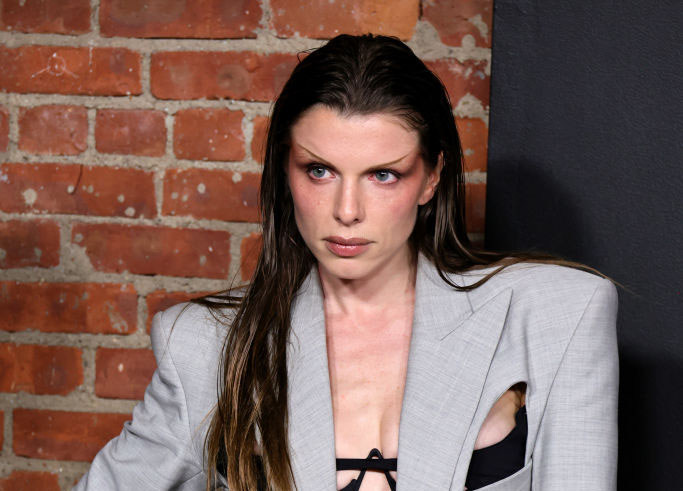 In honor of the event celebrating the work of acclaimed designer Thierry Mugler, Fox chose to wear a high-cropped gray cutout blazer with dangling lapels and ribbon-style ends that extended to her ankles.

For makeup, Fox went for a dramatic look with thin, high eyebrows and, red eye shadow contouring her eye area. She had her hair done in a fresh-out-the-shower “wet” look.

Earlier this week, Fox made headlines for a viral TikTok video where she discussed how she was against the term “antiaging” in beauty because she thinks aging is hot. Fox appeared makeup-free and said, “Just so you guys know, aging is fully in, like, fully.” The video has 1.8 million views on TikTok.

Outside of her event appearances, the actress is also preparing to promote her new movie “Puppet,” which debuts in theaters on Dec. 30. Fox is also in post-production for a new film, “The Trainer,” set to open in 2023. The film tells the story of a fitness expert who takes a chance at fame and pursues the American dream.

“Thierry Mugler: Couturissime” is the first retrospective to explore the world of French fashion designer Thierry Mugler. The exhibition features more than 100 outfits ranging from haute couture pieces to stage costumes. The exhibit runs from Nov. 18 to May 7. The exhibition is curated by Thierry-Maxime Loriot, guest curator of the Montreal Museum of Fine Arts.