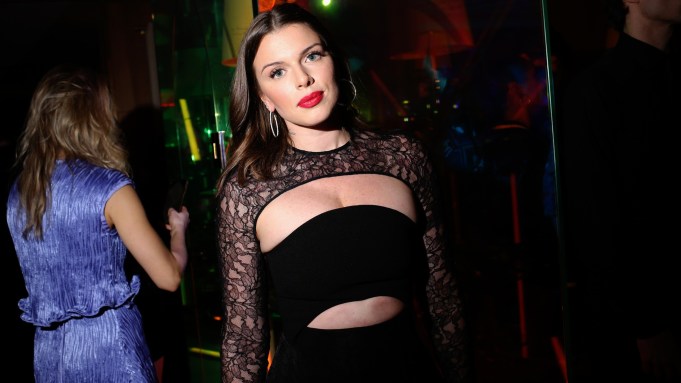 Julia Fox has become a breakout style star to watch, with the actress leaving her sartorial mark at Paris Couture Week last month and causing a frenzy for her many matching looks with new boyfriend, Kanye West.

“I feel like those three speak to every element of her personality, but also her style,” said Rosenzweig, who has been friends with Fox for a decade. “She’s lived many lives and I feel like [the three descriptors] speak to every facet of her life, what she’s been creating personally and with her style throughout all of those lives.”

For Paris Couture Week, Rosenzweig explained that many of Fox’s looks started with the graphic black eyeliner she was first seen sporting at the Kenzo show. Rosenzweig — who has worked as a stylist for the last eight years styling musicians like King Princess, Clairo and Eartheater and designing for fashion brand Miaou — said that the look came after Fox’s hair and makeup was done. The stylist and Fox worked with Schiaparelli’s Daniel Roseberry to put together the all-denim look, which also consisted of the designer’s own pair of Carhartt jeans.

Back in New York City, Fox celebrated her 32nd birthday on Feb. 4 at French bistro Lucien with West and a group of her friends. For the occasion, Rosenzweig sourced a leather jacket from a small French brand and paired it with a custom-made latex set from one of Fox’s favorite fetish stores in the city.

“Julia loves to feel sexy. I feel like latex is a medium that checks all the boxes,” Rosenzweig explained. “It’s really clean, it’s super luxe and expensive and you feel hot in it.”

While West is a style icon in his own right, Rosenzweig thinks that Fox has influenced the rapper more than he’s influenced her style; however, she thinks West’s inclination for trying new things has rubbed off on the actress.

“His influence is that he has so many ideas,” the stylist said. “It kind of ignites you in a way. I think that’s the way he’s maybe inspired her style: inspiring [her] to try and act on new ideas.”

A Look Back at Janet Jackson’s Style