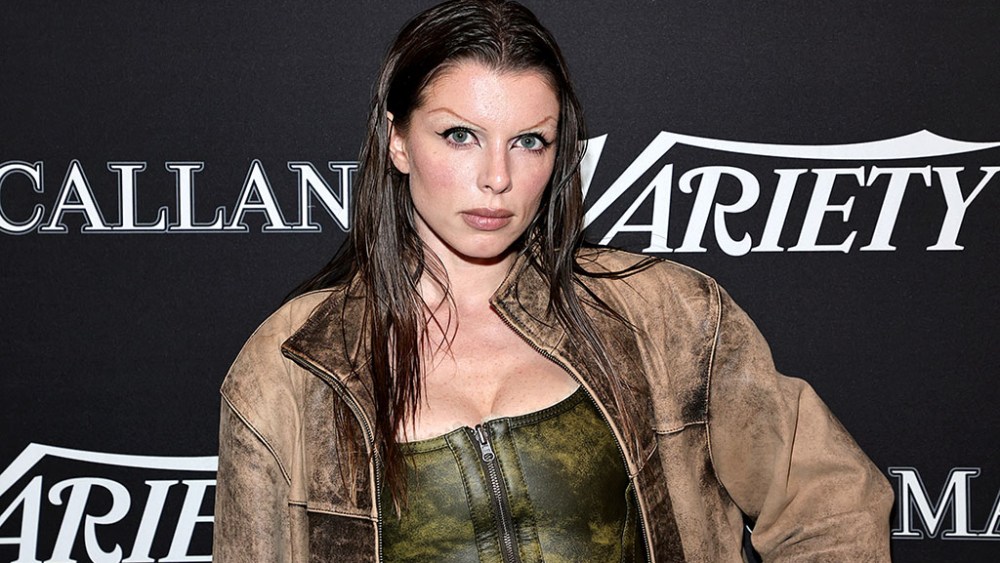 Julia Fox arrived on the red carpet for Variety’s The New York Party at American Bar on Wednesday wearing an all-leather look.

Fox’s outfit included a distressed light brown leather jacket and a corset with a shearling trim by London-based brand Knwls. Her distressed split-flare pants were a runway-exclusive from Diesel’s spring 2023 collection, which was designed by Glenn Martens.

Fox has become known for making a statement on the red carpet. In September, she wore a futuristic metallic balloon sleeve gown by Zac Posen to the New York City Ballet Fall Fashion Gala. In February, she opened the runway show for fashion designer LaQuan Smith. This past September, she also joined fellow actor Evan Mock of HBO Max’s “Gossip Girl” and talent agent Kendall Werts to celebrate five years of The Jeffries brand and talent agency during New York Fashion Week.

In addition to her fashion endeavors and public appearances, Fox recently completed the film “Puppet,” which is set to debut in theaters on Dec. 30.