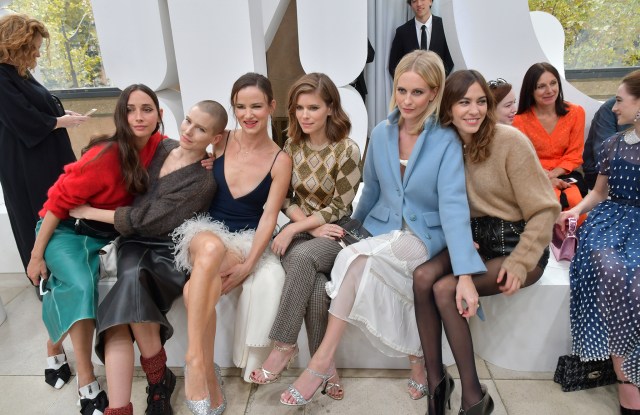 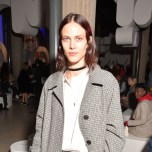 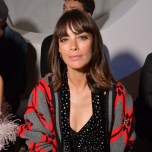 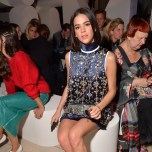 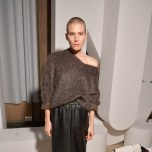 ROLE PLAY: Ever a Who’s Who of leading ladies front row, Tuesday’s Miu Miu show was no exception. Juliette Lewis shared her excitement about her role alongside Jennifer Garner and David Tennant in the HBO series “Camping,” due out in two weeks.

“It’s really fun and wild and crazy,” she said before being ushered to her seat. “I play the wild card.”

A shaved-headed Dree Hemingway had just wrapped “Run with the Hunted,” which she described as “A kind of white trash modern-day f–ked up ‘Oliver Twist.’ It’s what I buzzed my head for,” she explained.

Other than that, her current pastimes are “knitting and cooking,” she said, although her fashion week diet, beyond a homemade granola breakfast, consists largely of a single food group. “I live off bread and french fries during the day. I don’t know what it is, I think running around like a crazy person so much, all I want to eat is loads and loads of bread.”

Morgane Polanski, Julia Garner, Bruna Marquezine, Aymeline Valade, Bérénice Bejo and Louise Grinberg were all among the famous front-row faces, as was Kate Mara, who has “A Teacher,” a series for FX based on Hannah Fidell’s film of the same name, in the works.

“We’re in the midst of developing it and getting it ready to shoot, so hopefully that’ll be next,” she said.

Young British actress Raffey Cassidy was sitting alongside Stacy Martin, with whom she recently worked on “Vox Lux,” a musical drama also starring Natalie Portman due out in December.

“It’s a very interesting one, it’s different to what people expect, because it has a darker side than what people assume,” said Cassidy.

As for Maybelline model Larsen Thompson, she just wrapped her first movie, “Bloodline,” with Seann William Scott. “It’s the first thing I’ve ever done in acting, so I’m thrilled and super blessed,” she enthused.