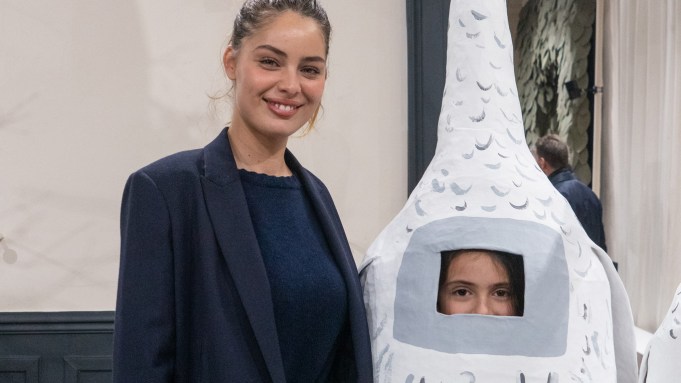 WITH CHILD: Among the guests who entered Bonpoint’s whimsical world Wednesday afternoon was illustrator Juman Malouf, Wes Anderson’s partner, who brought along three-year-old daughter Freya for her first fashion show. “She looks pretty,” piped up the youngster at one of the mini-models on the runway.

Jean-Benoît Dunckel, one half of band Air, and Sarah Andelman were also in attendance with their kids at the high-end children’s label’s cute runway show, and were seen bopping to the lively soundtrack.

Marie-Ange Casta came along without her daughter in tow. “She’s at her dance class,” said the actress and model, currently working on a documentary about women who go through pregnancy alone. “I don’t think we don’t talk about this subject enough, it’s a bit of a taboo,” she said. “We’re conditioned to have an image of the perfect family, and life isn’t always a fairy tale. It’s important to highlight that.” Casta also has two movies due out this year.