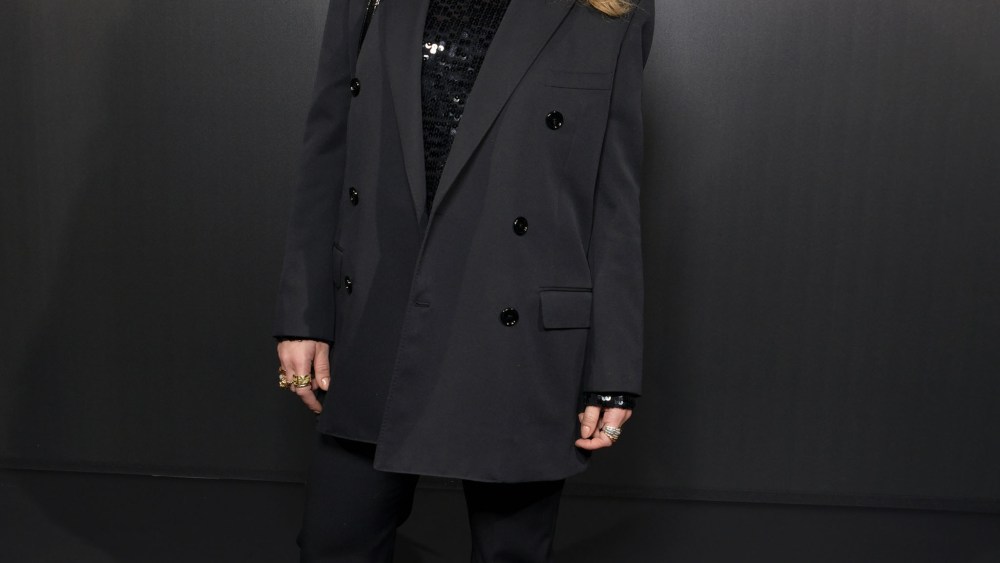 FAIRY TALE: Juno Temple was excited to reunite with her fellow cast for the upcoming sequel to Disney’s “Maleficent,” though it turns out that playing a pixie can be lonely work.

“It was sensational, but I actually didn’t get to work with a lot of the cast,” the British actress, who stars as Thistletwit in the fantasy film, said at the Celine show on Friday.

“It’s so wild, the experience of making a film like that, because the technology of creating people like me into a tiny little fairy is so far along now that you do your little individual moments without actually being in some of the scenes,” she added.

In fact, Temple has yet to even see the film. “There’s a premiere coming up pretty imminently, and I’m going to see it with everybody else,” she said.

The actress joined guests including Catherine Deneuve, Margaret Qualley, Carla Bruni, Miles Kane, Alex Kapranos and Blackpink singer Lisa Manoban, whose arrival caused the biggest commotion outside and inside the black tent erected in front of the gilded dome of the Invalides in Paris.

Temple has had a busy year. She stars opposite Simon Pegg in “Lost Transmissions,” which tackles the problem of schizophrenia.

“It’s about mental illness and about medication, set in America, and very much eye-opening about how easy it is to get certain medication, but actually how complicated it is sometimes to get medication when you really need it,” she said.

She will also be seen in “Little Birds” — not her 2011 film, but a six-part series of the same name for cable TV channel Sky Atlantic. Temple stars opposite Hugh Skinner as an American debutante in the drama, set in Tangiers in 1955 and based on Anaïs Nin’s short stories.

“She was so ahead of the time for her moment, of what she was writing about, and she writes true erotica, which isn’t just about being sexy. It’s about sexual awakenings that aren’t always pretty,” she explained.