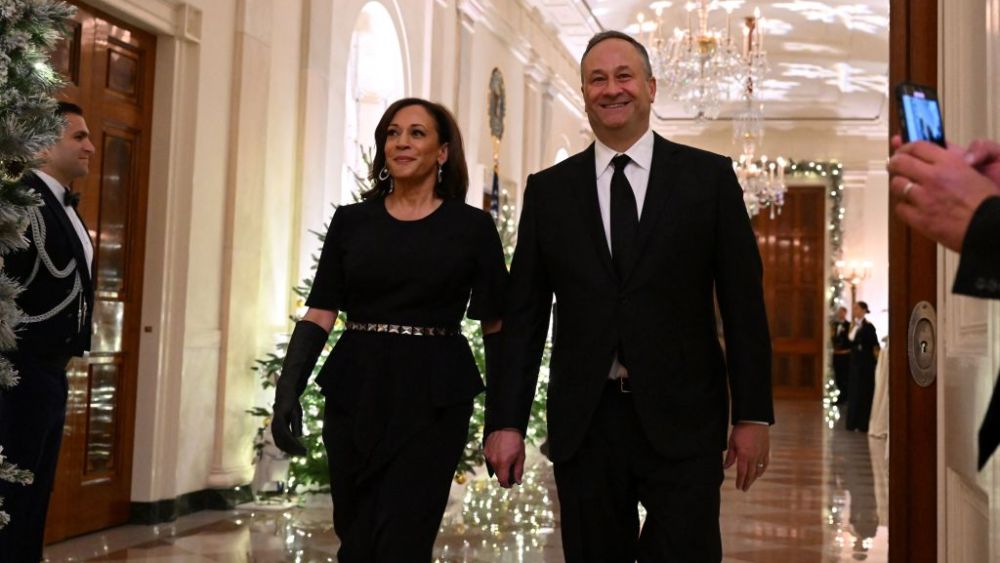 For the event honoring American artists and creatives, the vice president wore a floor-length black dress with above-the-elbow sleeves and a round neckline custom designed by Vera Wang. The dress had a metallic trim at the bodice under the bust.

Harris accessorized the look with a pair of black opera gloves and statement earrings.

The vice president was accompanied by her husband, Douglas Emhoff, who wore a classic black suit, with a white shirt, black tie and black shoes.

Harris isn’t the only public figure to don an all-black Vera Wang ensemble this year. In November at the CFDA Fashion Awards, actress Vanessa Hudgens wore a bra top and sheer coat by the designer as she posed for the red carpet.

Harris is a known supporter of many American fashion designers, and has also worn designs from Prabal Gurung, Sergio Hudson and Pyer Moss.

In the past, Vera Wang has shown support of America’s military personnel by surprising military brides with custom dresses for their wedding day. Wang has worked with brides in honor of Military Family Appreciation Month.

The annual Kennedy Center Honors celebrate creatives who have made an impact on the American cultural landscape. This year’s honorees included George Clooney, Tania León, U2, Amy Grant and Gladys Knight. This year marks the 45th annual event, with CBS broadcasting the ceremony on Dec. 28.