Kamala Harris and Jill Biden sent messages with their clothing at the inaugural celebration Wednesday night.

Harris wore the black pile sequin cocktail dress with a floor length tuxedo overcoat of cashmere wool lined with silk satin, while speaking during the event, which featured performances by Katy Perry, Demi Lovato, Bruce Springsteen and more. She accessorized the look with earrings with hexagon-set diamonds and a ring by L.A. jewelry designer Irene Neuwirth. 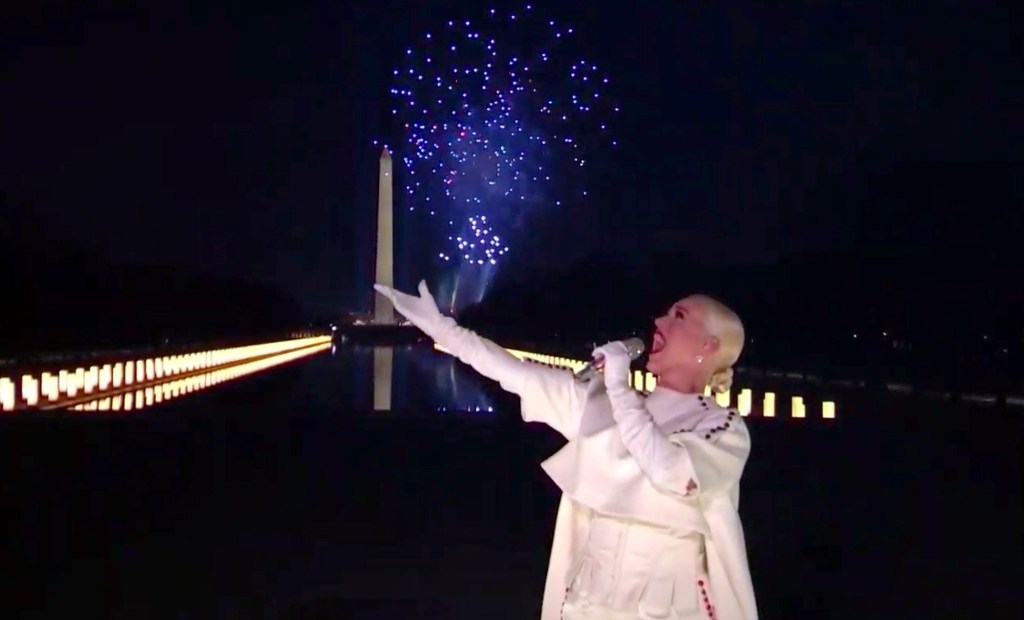 Reached by phone in Atlanta, en route from Washington back to L.A., Hudson was emotional: “As a father of daughters, African American daughters, it means more to me than any project I’ve ever done,” said the designer, who dressed former First Lady Michelle Obama in a dramatic purple suit and duster coat earlier in the day. “To be a part of something this historic, it’s changing the landscape of how my daughters will see themselves in the future. Being a part of it, I’m so honored.”

First Lady Jill Biden, rocking out to The New Radicals in the White House with President Joe Biden and their family,  also went with a symbolic fashion choice: a cream cashmere coat and cream lace embroidered cocktail dress by Gabriela Hearst, another next-gen American designer, who is a Latina immigrant and known for her sustainable approach.

Meant to signify unity, the dress and coat had embroidery reflecting the federal flowers from every state and territory in the U.S., with the Delaware state flower positioned at heart level. They were made using existing fabrics and materials to minimize the impact on the environment.

Each floral embroidery took two to four hours to complete at the designer’s New York Garment District studio. Nodding to Biden’s career as an educator, inside the lining is a quote from founding father Benjamin Franklin: “Tell me and I forget. Teach me and I remember. Involve me and I learn.” 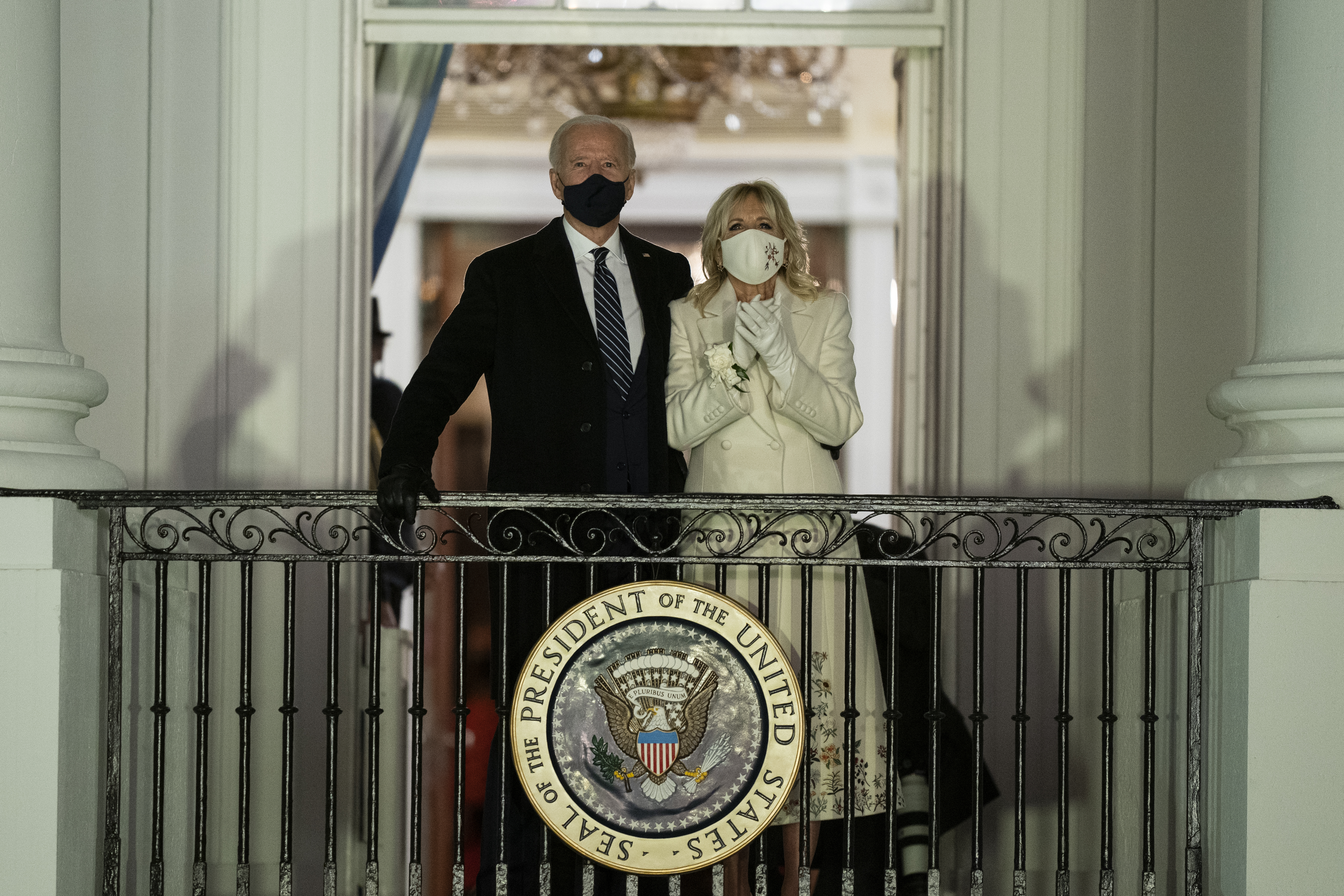 Hearst is a rising star both in American fashion and on the European stage, where she was just appointed to head the design house Chloe, and is poised to have an even bigger impact on industry thinking about fashion and waste.

Hudson said he had been working with Harris team throughout the campaign, and that he initially designed a to-the-floor gown for Harris to wear to an inaugural ball. When plans for the ball were scrapped, he regrouped and created a shorter dress in just two weeks. The coat, he made in the last two days.

“When I was dealing with her team, they treated me just like Ralph Lauren or any other designer. I felt respected in that way,” he said.

Hudson, who has dressed Jennifer Lopez, Amy Poehler and other stars in the past, said he hopes dressing Harris will be a boost to his business, and that he wished stores were not shut due to the pandemic, and that he could do trunk shows in the following weeks.

“I want to normalize African American designers being American sportswear designers. We don’t just do urban wear, or crazy couture-looking clothes. We are your Michael Kors and Ralph Laurens and Donna Karans. That’s the lane I want to be in; that has not been carved out, but as we saw today, for a person of color, the door can open wide for everyone. Today, it was the signal to the world I can go toe to toe with any designer.” 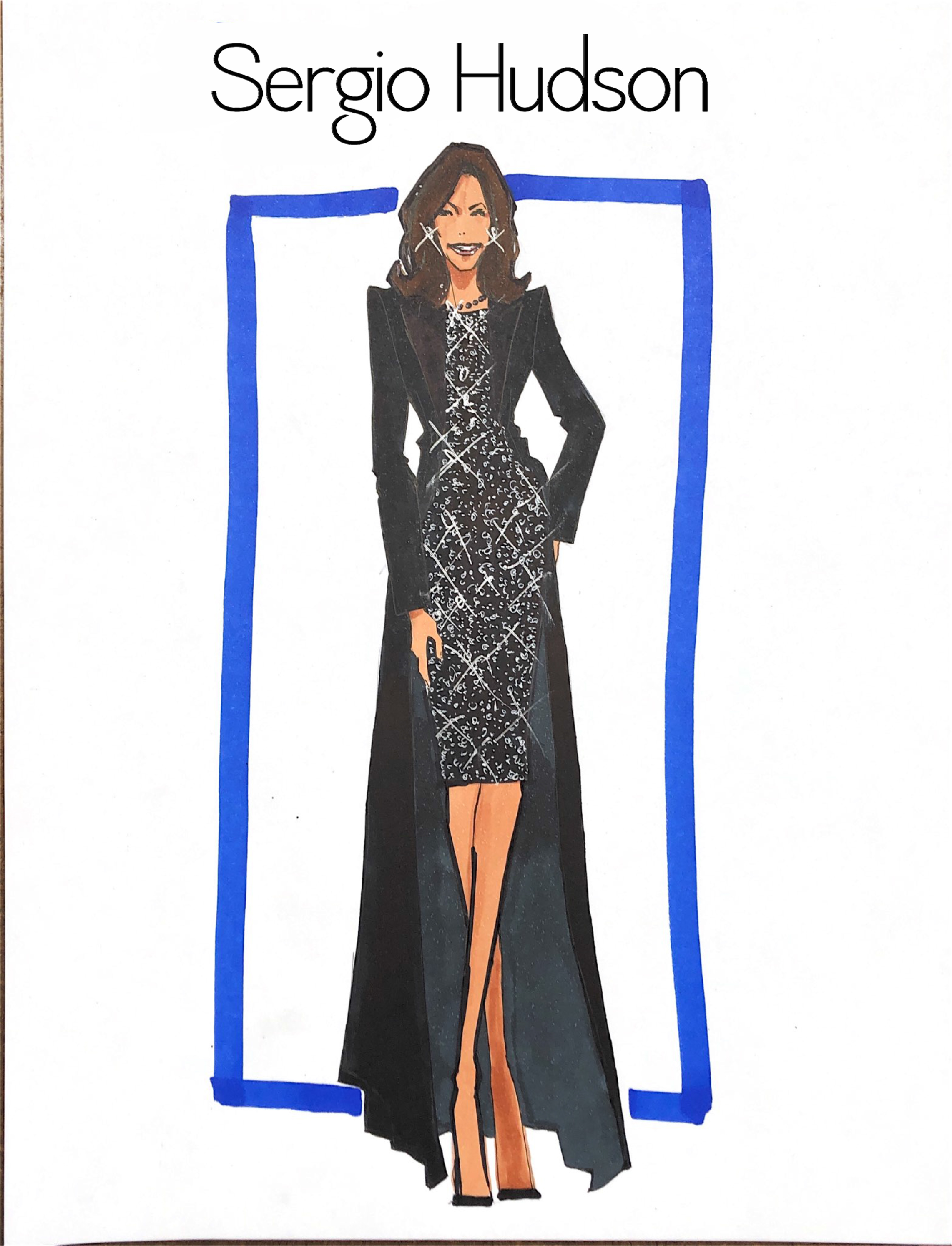