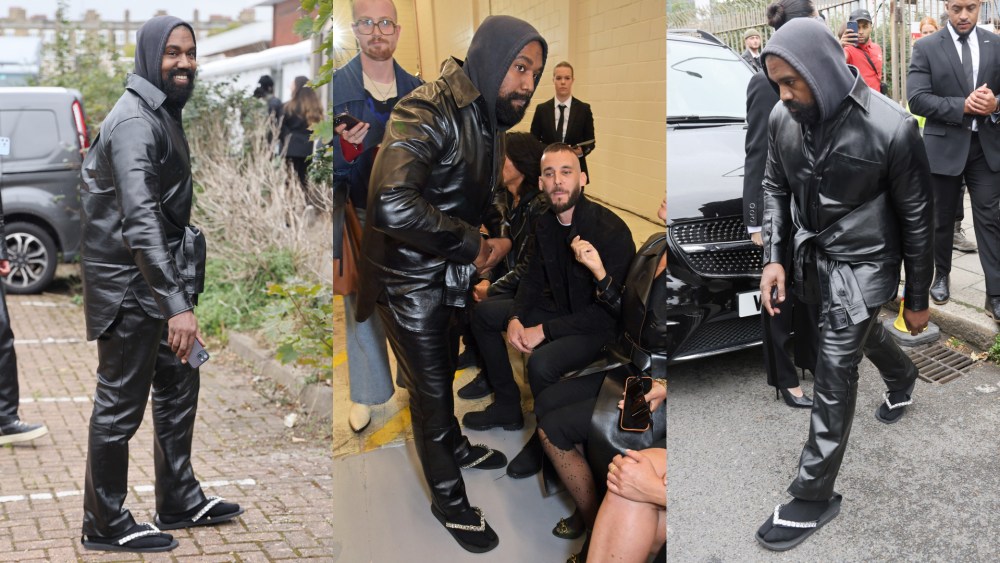 Kanye West made a surprise appearance Monday at the Burberry spring 2023 show in London. The ex-husband of Kim Kardashian wore a pair of glittery flip-flops with socks on for the occasion.

He styled the look with a pair of black leather trousers and wore a matching leather jacket on top of a hoodie. He tied a leather shirt around the waist to complete the look.

The rapper arrived just a few minutes before the show started. He had a quick chat with Carine Roitfeld, former editor in chief of Vogue Paris and founder of CR Fashion Book, before sitting down right opposite Anna Wintour, global chief content officer at Condé Nast, famed actress Gillian Anderson, and Jonathan Akeroyd, chief executive officer of Burberry since April 1.

Post-show, while Wintour dashed away swiftly, West stayed, greeted Akeroyd, took photos with friends, then went backstage to congratulate Riccardo Tisci, who he has known for more than a decade.

Tisci could be heard asking West to catch up with him and go for a drink backstage after the two hugged in front of the cameras.