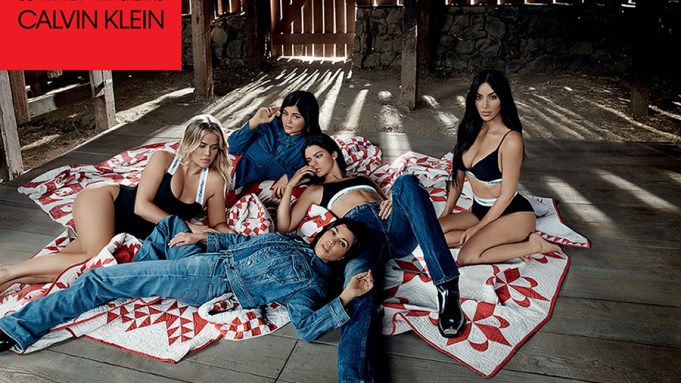 The campaign is the latest in the evolution of Klein’s #MyCalvins call to action: Our Family. #MyCalvins.

News that the Kardashian-Jenner siblings were photographed for the Calvin Klein campaign was first reported by WWD Dec. 8.

The new campaign is the latest in a series, which began last November with Solange, Kelela, Dev Hynes, Caroline Polachek and Adam Bainbridge of Kindness, as well as A$AP Rocky, A$AP Ferg, A$AP Nast, A$AP Twelvyy, A$AP Ant, A$AP Lou and A$AP J. Scott of A$AP Mob. Those ads were then followed by images of Kaia and Presley Gerber.

The new ads, which run through the spring season, embrace a digital-first, social media mind-set. They will appear in 12 countries globally, with key high-impact outdoor in several key markets.