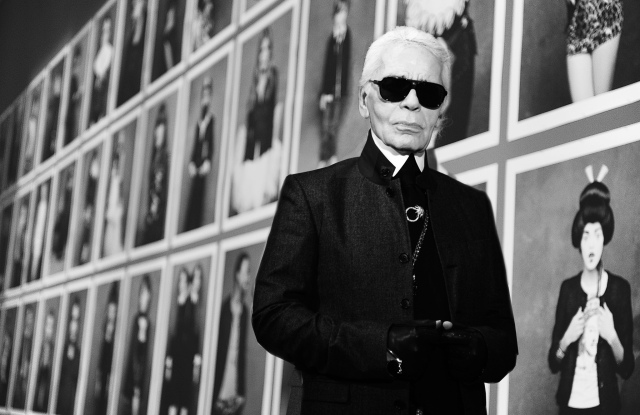 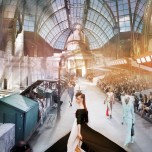 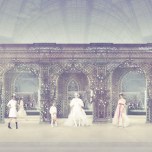 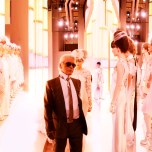 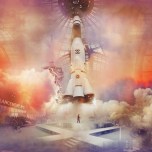 Karl Lagerfeld’s most fantastical Chanel fashion show sets are the subject of the upcoming Rizzoli book “Lagerfeld: The Chanel Shows.”

A collection of images by English photographer Simon Procter, the book documents many of the late Chanel designer’s runways from the last 10 years, including his very last collection for the fall 2019 ready-to-wear season — shown at the Grand Palais, designed to resemble a snowy Alpine ski resort — two weeks after his death.

As Lagerfeld once stated, his set design ideas would come to him in his sleep. Procter’s images reflect the grandeur of these sets, including when the Grand Palais was transformed into a tropical beach, a 100-foot-high waterfall and a rocket ship, to name a few.

Procter also gives a behind-the-scenes look at many of Lagerfeld’s shows, documenting intimate moments between the designer and his model muses.

“I was lucky enough to meet him many times over the years; it was always a delight and we always did great work,” Procter writes in the book’s preface. “The two things I remember most were that he always personally greeted everyone in the room. The other, that he was very, very funny. Many times whoever was standing next to him could be seen giggling uncontrollably over something he had whispered to them.”

“Lagerfeld: The Chanel Shows” will retail for $75 on Rizzoli’s web site starting on Sept. 10.

Click through the above gallery to see more of Procter’s images from the upcoming book.

The Met to Create Karl Lagerfeld Exhibit in 2022