Sébastien Jondeau, face of the Lagerfeld brand, was the guest of honor. 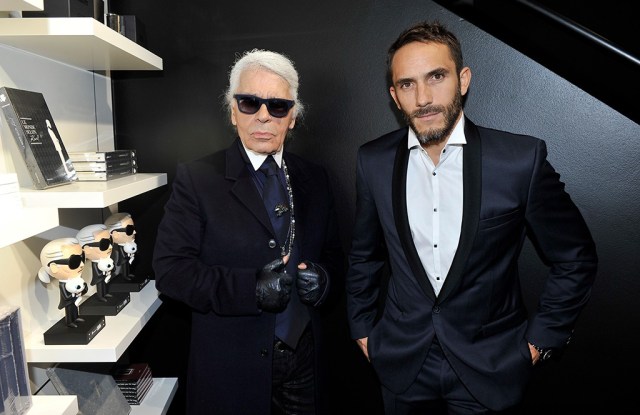 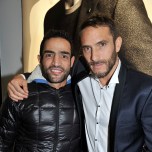 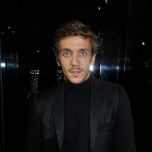 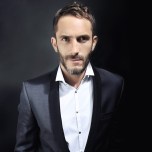 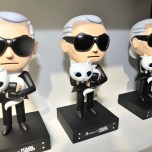 ALL THE RIGHT MOVES: For once, Karl Lagerfeld arrived at a party without bodyguard Sébastien Jondeau — but only because the event was in his sidekick’s honor.

The cocktail gathering Thursday night was to christen Lagerfeld’s first dedicated men’s boutique on the Rue Marbeuf, in Paris, a two-level unit that showcases his two signature labels, including the Lagerfeld range fronted by Jondeau.

“He photographs well, no?” Lagerfeld said, gazing up at a backlit image of the ruggedly handsome Jondeau, who segued from kickboxing into the fashion world, working full-time for the designer since 1999 as a personal assistant and protector.

Dressed in a midnight-blue tuxedo, Jondeau, 39, said Lagerfeld furnishes him with much of his professional wardrobe, but that he puts together the looks himself. “I mix everything. Sometimes I’ll wear a Tom Ford suit with a Lagerfeld shirt, for example,” he said, showing off the black snap buttons on his Lagerfeld shirt and giving a glimpse of his toned pectorals.

French welterweight champion Brice Faradji and “The Gilded Cage” director Ruben Alves were among guests who thronged the 1,430-square-foot boutique, the walls decorated with original sketches by Lagerfeld.

Alves, who also acts and portrayed Fernando Sanchez in the biopic “Yves Saint Laurent,” is to start filming a series about Mata Hari in which he plays a journalist. He said he’s also writing his second movie, more of a drama focused on “identity.”

Lagerfeld noted he would soon be making another movie for Chanel, with model Cara Delevingne among the stars. Its youngest actor, however, will be six-year-old Hudson Kroenig, son of model Brad Kroenig and the designer’s godson.

“He will dance in the movie,” Lagerfeld enthused, describing where the precocious youngster, who also appears in Chanel’s cruise campaign, finds his moves: “He looks at videos of Justin Bieber.”

Lagerfeld said he would also soon shoot Chanel’s spring campaign, and has booked model Gisele Bündchen, who will also star in the next No.5 campaign.