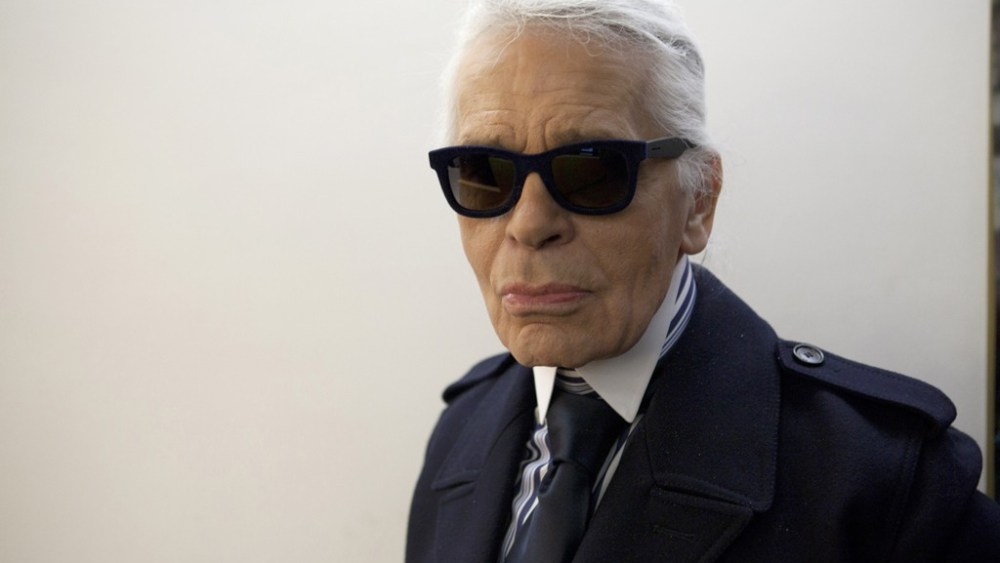 SELF-PORTRAIT: “It’s very strange to see it,” admitted Karl Lagerfeld Friday evening at a private screening in Paris of Loïc Prigent’s television documentary “Karl Lagerfeld se dessine” (or “Karl Lagerfeld draws himself” in English). In it, he sketches elements of his life and career in front of the camera.

“I didn’t know in advance what Loïc was going to ask me to draw, so it was spontaneous,” explained Lagerfeld of the filming process.

Questioned on what it meant to give such a glimpse of himself to the general public, Lagerfeld said: “There is nothing that was not already said by other people before, [but] it’s warmer; I hope it’s a good idea to give a warm expression. In print and with photos it can look very hard, and here it didn’t look hard. I think [Loïc Prigent] made a beautiful movie.”

Theatergoers laughed out loud at the 52-minute film, which will be screened on Arte this evening and subsequently distributed internationally by the Franco-German network.

“He’s a very funny man,” said director Prigent, who described filming Lagerfeld as the height of his career in fashion documentary.

“It was deeply moving; he expresses himself so brilliantly through the gesture, through the mark on the paper,” said Lagerfeld’s longtime collaborator Lady Amanda Harlech. “There was nothing I didn’t know, but it was seeing him say it on paper that was so brilliant. There was a life to that eye as a child. [Sometimes] his words become a metaphor, but here he brought everything to life.”