Karl Lagerfeld, Choupette Have Their Paws All Over Vogue Paris

The designer guest-edited the December/January issue of the magazine, and tapped Hedi Slimane to shoot the cover.

By Miles Socha
with contributions from Katya Foreman
on November 25, 2016
View Slideshow 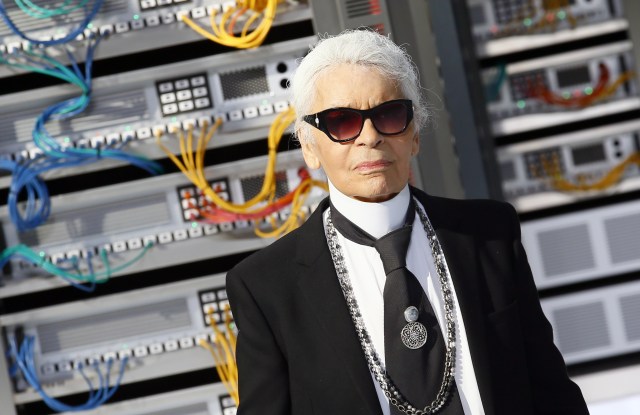 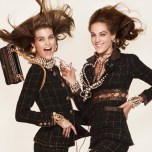 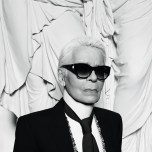 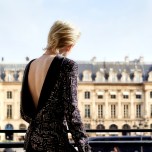 BE MY GUEST: Since Choupette is never far from Karl Lagerfeld’s elbow, of course she figures in the holiday issue of Vogue Paris that the designer guest edited.

The pampered feline crept her way into a portfolio Lagerfeld lensed of some of the ladies in his life – Princess Caroline of Hanover, Amanda Harlech, Virginie Viard, Delphine Arnault, Vanessa Paradis and Charlotte Casiraghi among them – and he shares elements of the blue-eyed Birman’s beauty routine in the 276-page magazine, due on newsstands Dec. 5. It carries 115 pages of advertising.

Lagerfeld’s favorite moment of the project? “When Hedi took the cover with me,” the designer said, referring to Hedi Slimane, who has clearly resumed his editorial photography career since exiting the creative helm of Saint Laurent last April.

Paradis’ daughter Lily-Rose Depp shares the black-and-white cover with Lagerfeld, who approached the project in his inimitable fashion: “Very articulate, very focused and quick — and with so much wit,” marveled Olivier Lalanne, deputy editor in chief at the Conde Nast title. “He was one of the easiest to work with, and we all had so much fun. He’s deep and light at the same time.”

Vogue Paris released select details about the issue today, confirming a WWD report on Oct. 13 that Lagerfeld – and Slimane – were implicated.

Lagerfeld was as meticulous with the text as with the images, and he made a “surprising choice” for the person who interviewed him, Lalanne teased, keeping the name under wraps.

“It’s full of surprises,” he said of the issue, marveling at Lagerfeld’s elaborate grooming regimen, which he also shares. “He buys a lot of products.”

In the issue’s editorial letter, editor in chief Emmanuelle Alt echoes the point.

“With a look as iconic as Elvis’, a razor-sharp wit and legions of fans, he is undoubtedly the most emblematic fashion figure of our times. We think we know what Karl is all about, but this issue proves that he still has the power to surprise us,” she writes.

According to Vogue, Lagerfeld reflects his epic career in fashion and shares his greatest reads, favorite sunglasses and a selection of photography, including a new fashion story starring Kristen Stewart, a Chanel ambassador.

Inviting a guest editor is a tradition Vogue Paris started  in 1973 with Françoise Sagan, lasted until 1993 and resumed in 2003 with Catherine Deneuve. Other notable guest editors have included David Hockney, Martin Scorsese, Kate Moss, Carla Bruni, Sofia Coppola, Roman Polanski, Nelson Mandela, Orson Welles and Laetitia Casta. John Galliano did the honors in 2006, Tom Ford in 2010 and Victoria Beckham in 2014.