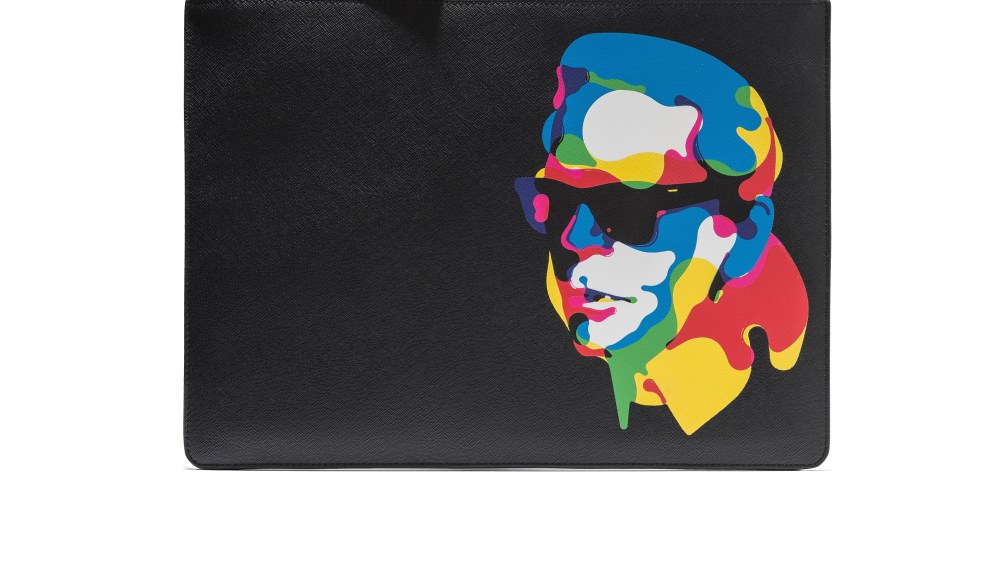 COLOR WHEEL: Karl Lagerfeld is getting the color printing treatment.

The designer has tapped artist and illustrator Steven Wilson to collaborate on a limited-edition capsule collection of clothing and accessories featuring designs made using layers of cyan, magenta and yellow — the hues that form the basis of the printing process.

Wilson created graphics including a portrait of Lagerfeld, his cat Choupette, the brand logo, a camera and a pair of sunglasses. They feature on items such as an embroidered satin bomber jacket, sweatshirts, jeans, a tote bag and an assortment of accessories that will go on sale in stores and online on April 1.

“The principle behind the graphics is that they are made using just three layers. Abstract cyan, magenta and yellow shapes are laid on top of one another to create a design that has identifiable form,” Wilson said in a statement. “The beauty of this process is that where the colors overlap, you get secondary colors — red, green and so on.”

The U.K.-based illustrator has worked with brands including Nike, Adidas, Levi’s, Converse and Stussy, but said he rarely gets name-checked. “All too often my work is used anonymously under a brand name, so to have the opportunity to have my name and work used alongside Karl Lagerfeld is very special,” he noted.

It’s not the first time Lagerfeld has tapped an illustrator to put their spin on his namesake label. In 2015, Tiffany Cooper created a capsule collection for the brand, followed by a comic book about Lagerfeld titled “Karl’s Secrets.” Choupette, meanwhile, has featured on the brand’s accessories as a fearsome cartoon character called Monster Choupette.