The Duke and Duchess of Cambridge attended their first joint engagement with Prince Charles and the Duchess of Cornwall Tuesday night. 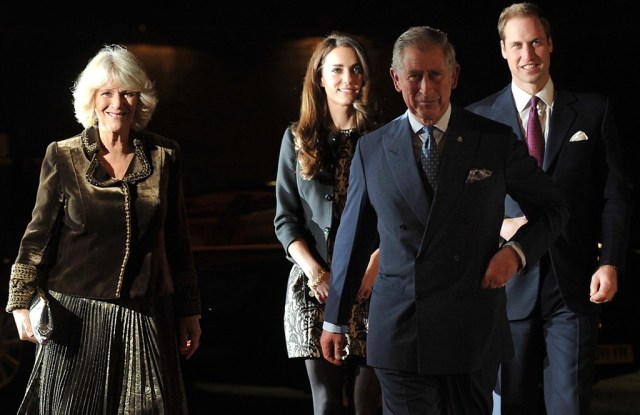 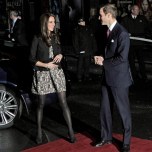 KATE AND WILLIAM STEP OUT: The Duke and Duchess of Cambridge attended their first joint engagement with Prince Charles and the Duchess of Cornwall Tuesday night. The two couples turned out for a concert by British singer Gary Barlow at London’s Royal Albert Hall, held to raise funds for both The Prince’s Trust and The Foundation of Prince William and Prince Harry. Part of the funds raised by the concert will be channeled to help areas of the U.K. that were affected by riots over the summer. Kate wore an understated Zara black and white floral print minidress to the event, which she paired with a black Ralph Lauren jacket. Meanwhile, Camilla, Duchess of Cornwall, wore a deep gold jacket and dress by Anna Valentine.