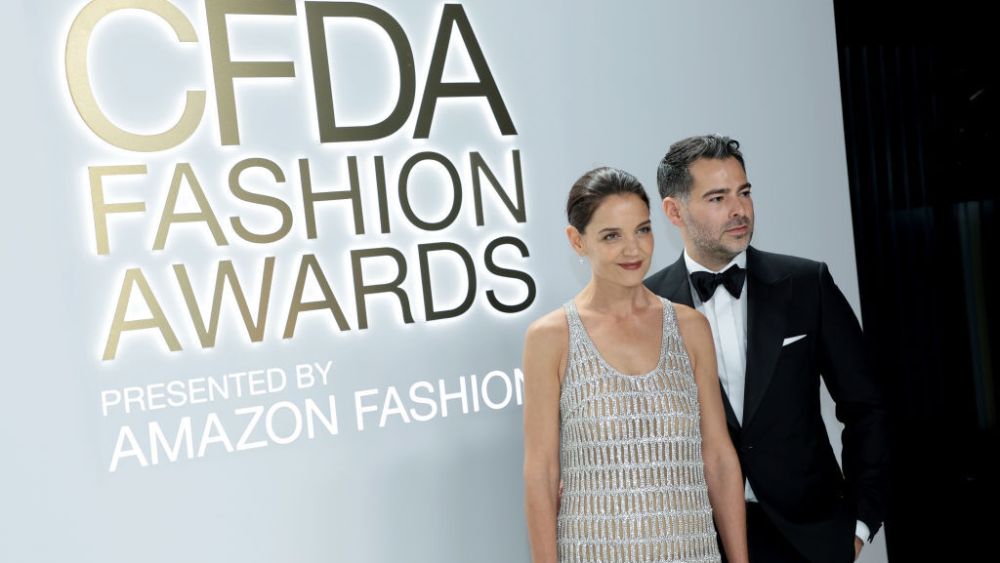 Katie Holmes arrived at the 2022 CFDA Fashion Awards in New York on Monday in a dazzling ensemble. Holmes walked the red carpet alongside designer Jonathan Simkhai, who she looked to for her dress.

She wore the Baikal crystal cage mesh midi dress from the brand’s spring 2023 collection, which incorporated a crystal-fringed hem.

Holmes coordinated with a pair of Jimmy Choo Minny sandals and Cloud clutch, a bangle, drop earrings and a nose ring.

For her makeup, the actress kept it classic with a red lip. Her hair was pulled back into a sleek bun.

Holmes was one of the many stars who attended the awards show. She was joined by the likes of Cher, Khloe Kardashian, Gigi Hadid and Janelle Monae.

Holmes has had many standout moments recently. For Tom Ford’s spring 2023 runway show during NYFW, she was on the front row in an edgy hooded black dress from the brand. Last summer, while promoting her film “Alone Together” at the Tribeca Film Festival, the actress wore a crochet set from Chloé.

The CFDA Awards recognize the fashion industry’s most notable designers and visionaries. This year’s event, presented by Amazon Fashion, honored Lenny Kravitz, Law Roach and the late Virgil Abloh, among others. Natasha Lyonne hosted the 60th annual awards, and Keke Palmer, Trevor Noah, Bradley Cooper and Martha Stewart were among the presenters.