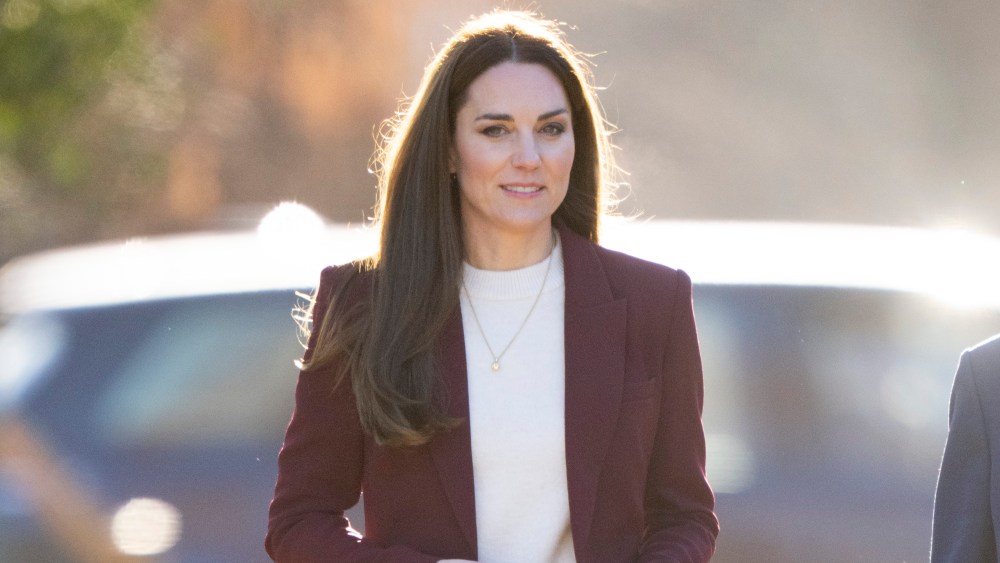 LONDON — Back to duty.

The Princess of Wales is a patron of the Rugby Football League.

She wore the two-piece suit last year on a trip to Boston, where she was in the city with Prince William to present the Earthshot Prize for sustainability at the MGM Music Hall at Fenway.

Her necklace retails for 825 pounds and is described as “manifesting your biggest dreams, bringing in more success and prosperity” on the brand’s website.

Since the release of Prince Harry’s memoir “Spare,” Kate’s and William’s popularity has declined, according to a new poll by market research firm Ipsos Mori.

The poll showed that the Waleses’ ratings have dropped by 15 points.

On the release date of “Spare,” the book became the fastest-selling nonfiction book of all time, according to the Guinness Book of World Records.

The British royals are slowly returning to their business as usual despite the knock-on effect of “Spare.”

Stephen Bates, journalist and author of the book “Royalty Inc: Britain’s Best-Known Brand,” said that Prince Harry has done the tabloids “a great favor at the moment because they’re selling pages and pages. In the long term, [Harry’s book] is not going to stop the tabloids — or anyone else — from covering the royals. It’s part of their job, and it’s part of the royals’ [job] to be seen.”

Generating publicity, he said, is a key royal responsibility. William the Conqueror knew it, as did Queen Elizabeth I, Queen Victoria — and nearly every other British monarch over the past 957 years.

“It’s part of what being a royal is, and complaining doesn’t make any difference. It goes with the territory. If the time comes when Britain wants another form of executive government, then [the royal family] can creep into obscurity, but I don’t see that happening anytime soon because they are still hugely popular,” Bates said.