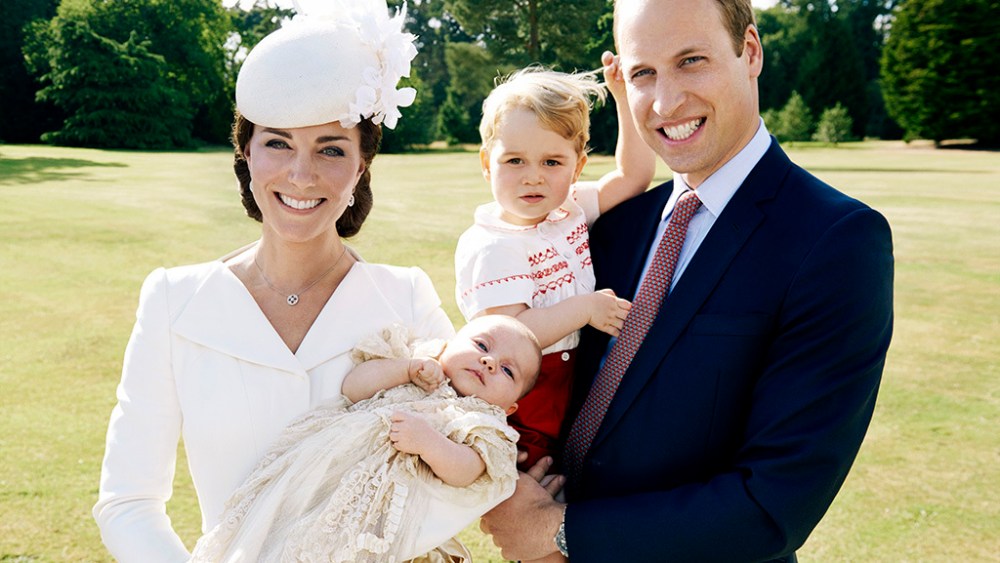 ALL IN THE CUT: From the birth of Princess Charlotte in May to Queen Elizabeth becoming Britain’s longest- reigning monarch in September, it has been one busy year for the unstoppable British royals.

The Duchess of Cambridge, who recently unveiled a new chic haircut with shorter layers around her cheekbones,
has stepped up her fashion game, and is now also dressing for three – herself, Prince George and baby Charlotte.

Indeed, Prince George had his own fashion moment earlier this year, sending the sales of Crocs surging after he was pictured wearing a pair of blue ones at a polo festival in Gloucestershire, England.

Over the past 12 months, the duchess stuck by her empire-line dresses, custom bespoke floor-length gowns, and statement coats, continuing to mix high street buys with designer names.

For special occasions and family celebrations, she wore a series of statement coats and coat dresses — the latter style beloved of royal ladies everywhere. For the royal family portrait, shot by Mario Testino in July following Charlotte’s baptism, she wore an ivory Alexander McQueen coatdress and a white Jane Taylor hat with feathers.

At the annual Trooping the Colour celebrations held in June to mark the Queen’s “official” birthday, she was spotted in a robin’s egg blue-and-white Catherine Walker coat dress as she rode in a horse — drawn carriage with Prince Harry and the Duchess of Cornwall down The Mall in London.

A fan of the high street – and a shopping her closet – the duchess recycled a gray, military style Reiss coat for the Wales v. Australia rugby match in October. She’d previously worn the coat in 2012 for the opening of the new Football Association facility, and in 2011, for a Christmas Day walk at Sandringham, Queen Elizabeth’s country estate in Norfolk, England.

Coats – high street and otherwise – figured big: At the Remembrance Day ceremony in November, she wore a black bespoke McQueen coat, while at a service to mark the end of Britain’s involvement in the war in Afghanistan, held in March, she wore a navy blue coat by Beulah London.

During a visit to the Downton Abbey set while still pregnant with Charlotte, she donned a white JoJo Maman Bébé coat. She picked a blue Sportmax coat and a floral Seraphine dress – part of her discreet maternity wardrobe – for a tour of the Emma Bridgewater ceramics factory in Stoke-on-Trent. In February, the pregnant duchess wore a white Max Mara coat and a Somerset by Alice Temperley dress to meet Sir Ben Ainslie and check out the new sailing complex in Portsmouth.

There were a few tiara moments, too. At a diplomatic dinner in December, she wore the diamond and pearl Cambridge Lover’s Knot tiara, which had belonged to Princess Diana. In October, she accessorized her red bespoke Jenny Packham gown with Queen Elizabeth’s Papyrus Tiara for a state dinner welcoming China’s President Xi Jinping and his wife Madame Peng Liyuan.

She also showed off her serious collection of designer gowns: For a reception and gala dinner in October to aid the The Art Room, she picked a floor-length floral Erdem gown. Earlier that month, she joined Princes William and Harry for the premiere of “Spectre,” at the Royal Albert Hall, wearing a full-length bespoke gray blue silk chiffon Jenny Packham gown and Jimmy Choo shoes.