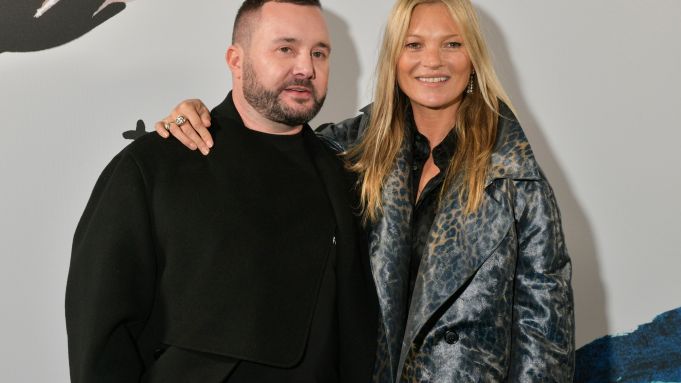 LOCATION LOCATION: Lily Allen was in mock casting-agent mode arriving at the Dior Men show on Friday, with her tell-all, best-selling memoir, “My Thoughts Exactly,” set to be made into a film or TV series.

Sporting a silver leopard-print anorak accessorized with a diamond cannabis-shaped necklace she picked up at Icebox in Atlanta, Allen, who is also working on a second book, her fifth album and two musicals, had inadvertently matched her black lipstick to the color of the venue, a sprawling ephemeral structure set on the Champ-de-Mars opposite the École Militaire, with the Eiffel Tower looming in the near distance.

When asked who should play her, the singer, who said the format for the adaptation has not yet been decided, shrugged, surveyed the space, and jokingly pointed to the nearest fellow front-rower: Christina Ricci.

An unassuming Ricci, a friend of Dior Men creative director Kim Jones who had flown from Los Angeles to support his sophomore outing for the house, was taking in the space. “It’s very impressive to see this big Brutalist tent set against the beauty and elegance of Paris,” she said.

“You’re stepping into something temporary, which I like. It’s a magical big black box,” chipped in Noomi Rapace who is promoting her latest flick, the Vicky Jewson-helmed “Close,” filmed between Morocco and England, in which she plays a bodyguard. “I had to do a lot of fight and gun training with people from the bodyguarding team, the Circuit, in London, learning how to walk, how to protect people, basically,” said the actress.

“My character is based on this real woman called Jacquie Davis, who I also trained with on set, so it was really important to make something real. To never have to pose, to never need to look good, it was just about being real,” added the actress before being scooped up by Byredo’s Ben Gorham who revealed that the pair is working on a project for 2020. “She is a huge source of inspiration. It will be multidimensional,” he said, with Rapace teasing: “We’re going deep down in the ocean and high up in the sky.”