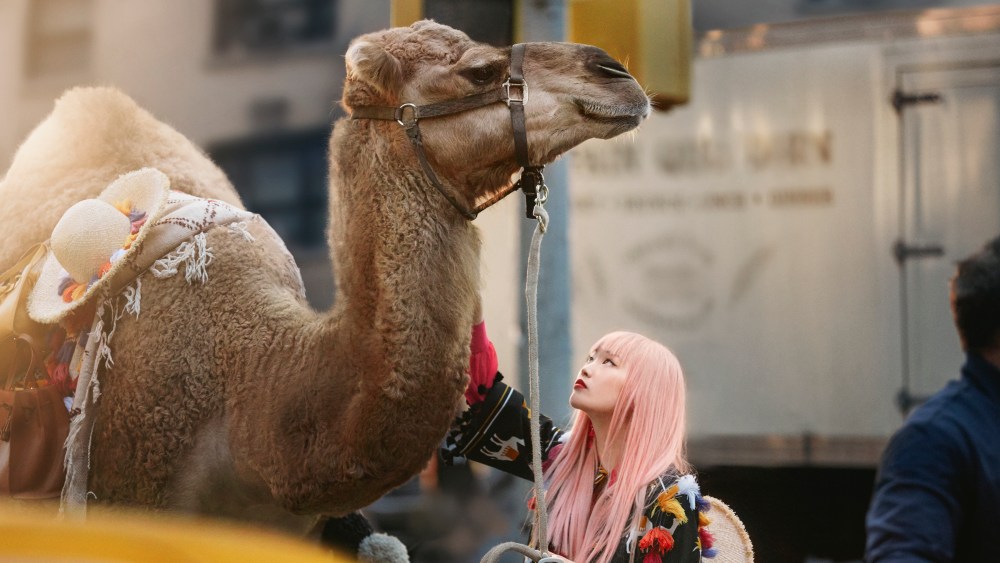 MIDTOWN MEETS MOROCCO: Kate Spade New York brought a taste of Morocco to midtown Manhattan for its spring campaign with the help of a live camel.

In the campaign, the label’s spring collection — which president and chief creative officer Deborah Lloyd infused with a festive North African flair — was modeled by the 20-year-old Chinese-Australian model Fernanda Ly, known for her powder pink locks. The images show Ly leading the camel across a busy crosswalk by a leash. Kristen Naiman, senior vice president of brand creative, said passersby were whipping out their phones to capture the moment, while others — true to Manhattanite form — barely flinched.

“The chemistry between Fernanda and the camel was magical,” Naiman said. “It was palpable to passersby and created a spontaneous moment of joy throughout the shoot…It made people’s day.”

Ly, repped by DNA Models in New York, has previously appeared on the covers of Vogues in Japan, China, Australia and Italia as well as Teen Vogue, among several others. “Her strong sense of individuality and the combination of her self-expression through her personal style speak first,” Naiman said on what drew the team to Ly. “As much as she’s a model, she’s an interesting woman. She has a subtle and exuberant joyous quality, which we love.”