The Duchess of Cambridge’s Christmas

The duchess cut a stylish figure when she joined fellow members of the British royal family for a church service on Christmas Day. 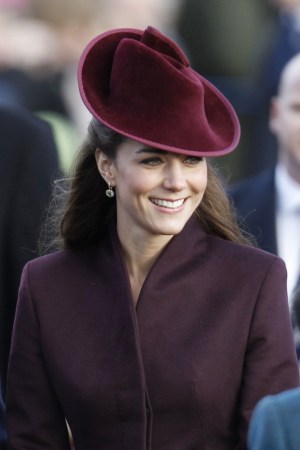 Ralph Lauren Gets into Gaming with G2 Esports Partnership

KATE’S CHRISTMAS: The Duchess of Cambridge cut a stylish figure when she joined fellow members of the British royal family for a church service in Sandringham, Norfolk, on Christmas Day. She wore a dark purple coat, which Buckingham Palace said was designed by “an independent British dress maker” left unnamed. She also wore a burgundy Jane Corbett trilby to attend the service at the St. Mary Magdalene Church on Queen Elizabeth II’s Sandringham estate. Kate joined her husband, the Duke of Cambridge, Prince Harry, Prince Charles and the Duchess of Cornwall, Zara Phillips and her husband, Mike Tindall, and the Queen. The Queen’s husband, the Duke of Edinburgh, was unable to attend the service this year, as he was in a local hospital recovering from surgery for a blocked artery.

According to Britain’s Press Association, about 3,000 people lined up outside the church to watch the royals arrive, a far bigger crowd than normal due to this being Kate’s first year as a royal. After the service she and William spent 20 minutes chatting to people in the crowd.

This story first appeared in the December 27, 2011 issue of WWD. Subscribe Today.