The "Pirates of the Caribbean" star will appear in ads for the Clash de Cartier collection.

FACE-OFF: Cartier has tapped Kaya Scodelario as the face of its new Clash de Cartier jewelry line, WWD has learned.

The star of films including “Pirates of the Caribbean: Dead Men Tell No Tales” and the “Maze Runner” series will appear in advertisements for the collection, which will go on sale worldwide on April 10. In France, the line will be available exclusively at the recently renovated Cartier boutique on Place Vendôme in Paris until April 14.

The campaign focuses on duality, reflecting the jewelry’s design: both spiky and soft, based on house codes such as picots, beads and “clous carrés,” or rounded studs. Scodelario appears by turns classically elegant in a long black dress with cutouts, and tomboyish in a black jacket and shiny black pants.

Arnaud Carrez, international marketing and communications director at Cartier, said the brand hoped to build a long-term relationship with the actress, as it has done with other “friends” of the house, such as Sofia Coppola and Jake Gyllenhaal. 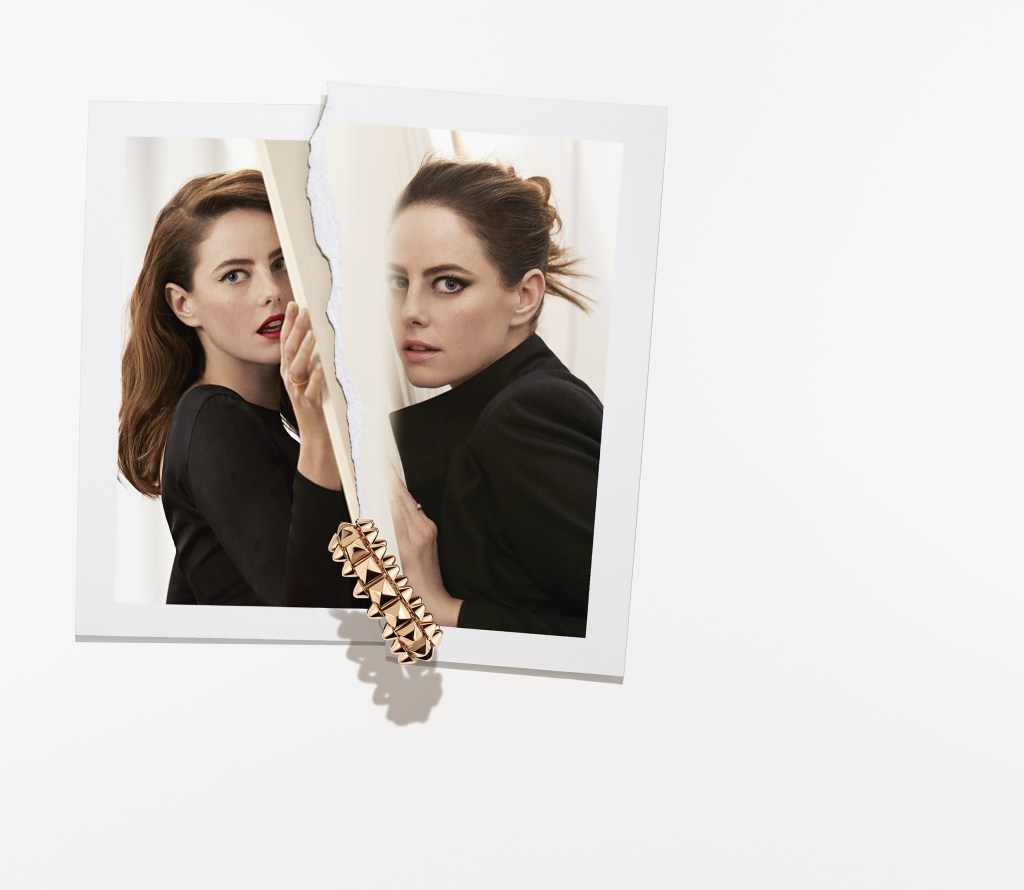 “She’s a young talented actress and she has a lot of assertiveness, a lot of interesting character, so we felt she resonates very much with the ‘Clash’ spirit,” he told WWD. “She’s half-Brazilian, half-British, and Cartier being very international, we like this idea of collaborating with multicultural talent.”

Scodelario will appear in a film directed by Gordon von Steiner to be released on April 10 online, across all Cartier digital platforms, and in cinemas worldwide. “It’s not a one-off campaign. Clash will be the key priority story for us for the years to come,” Carrez said.

The “Skins” star is also expected to attend a gala dinner in Paris marking the global launch of the line, the first major jewelry pillar from Cartier since Cyrille Vigneron took over as chief executive officer in 2016. It follows on the heels of the relaunches of the Panthère watch in 2017 and the Santos de Cartier timepiece in 2018.

To coincide with the unveiling, Cartier will open two temporary venues on Place Vendôme from April 10 to 12, in an experiential approach designed to underline the clash of opposites.

La Galerie at the Pavillon Vendôme will merge a bookstore, created in partnership with Galignani, and a record store curated by sound designer Michael Gaubert. The space will host a series of DJ sets and live performances featuring unexpected pairings, such as Beth Ditto with Marisa Berenson.

The Bronx Brasserie, a temporary eatery run by Ghetto Gastro, will take up residence at the Hôtel d’Evreux, marking a departure for the American culinary collective, better known for its collaborations with streetwear brands like Ambush and Awake NY.