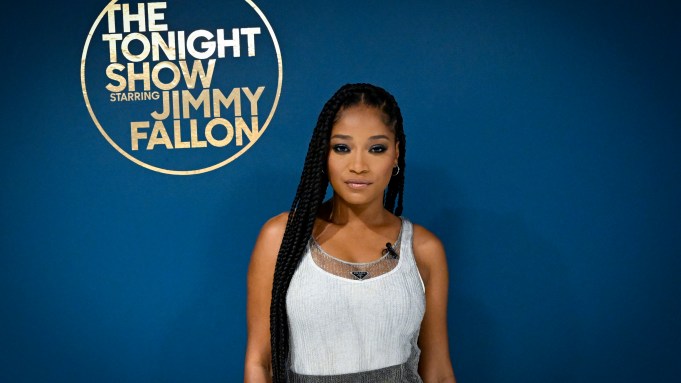 Keke Palmer is continuing her summer style streak with another memorable look.

Palmer made an appearance on the late-night talk show to promote her upcoming horror film, “Nope.” When talking about the movie, Palmer stated: “There’s a lot going on. You’re definitely going to have some spooky vibes, but you know what [director] Jordan [Peele] does with his films is the horror that he puts into the films is really a metaphor for the horrors of the world. So, I think you’ll really relate to it. There are a lot of themes about spectacle, exploitation, our obsession with attention. It’s a lot of different stuff and nuggets that you’re going to keep pulling back.”

Last week, Palmer spoke to WWD at the Saks’ Summer Hamptons Dinner about the upcoming film, stating: “I’m not a secret holder, so the fact that I have this big thing that I’ve been holding and no one knows and I can’t really share, it gives me anxiety,” she said. “So the fact that I can finally just be like ‘Y’all know!’”

“Nope” is Palmer’s second film of the summer. The actress also starred in Pixar’s animated film, “Lightyear,” which told the origin story of the “Toy Story” character Buzz Lightyear.