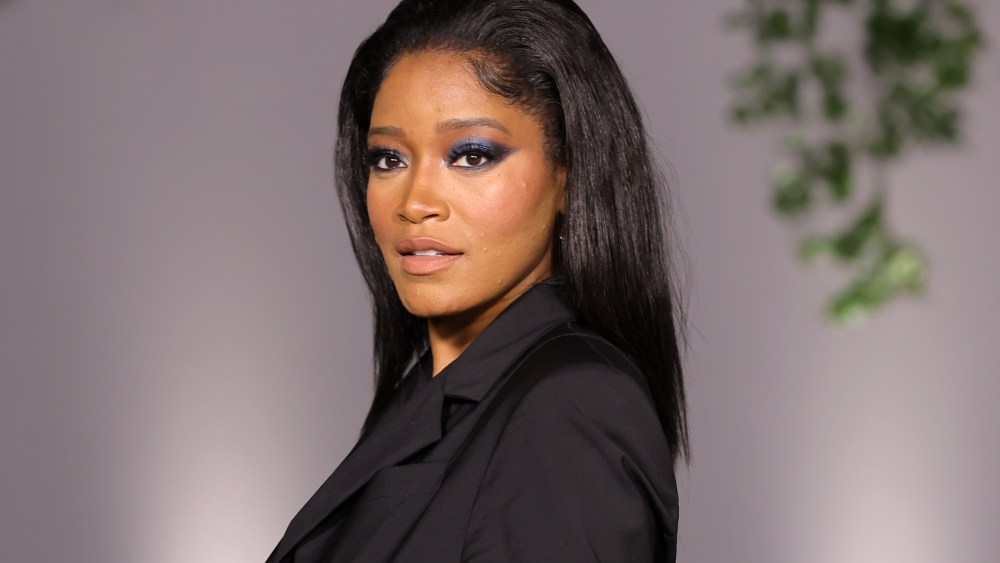 Keke Palmer hosted the Where Art Can Occur Theater Center’s fifth annual Wearable Art Gala at the Barker Hangar Hotel in Los Angeles on Saturday, in a flapper-inspired look.

Palmer wore a black asymmetric vintage Yves Saint Laurent dress with a thigh-high slit. The dress had a feather trim on the neck and hemline.

She coordinated with a pair of black caged sandals, opera gloves and a silver handbag. For jewelry, Palmer wore silver statement earrings, a necklace and a bracelet.

The actress worked with stylist Shiona Turini, who has also worked with Yvonne Orji, Letitia Wright and Uzo Aduba.

Palmer went for a dramatic beauty look for the evening wearing bold, dark red lipstick and heavy smoky eye shadow. For hair, she went for a curly perm reminiscent of the hairstyles of flapper girls in the ’20s.

The Wearable Art Gala helped raise funds for the organization’s artistic and youth mentorship programs. This year’s theme took inspiration from the films “Harlem Nights” and “The Cotton Club,” celebrating fashion between 1920 and 1950. Academy Award-nominated actress Angela Bassett was honored with the Film & TV Icon Award and artist Mark Bradford received the Art Icon Award. The event raises funds for the Where Art Can Occur Theater Center, founded in 2017 by Richard and Tina Knowles Lawson, Beyoncé’s stepfather and mother.