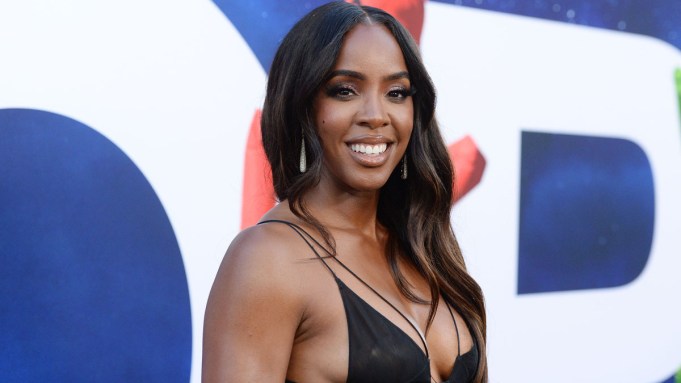 Kelly Rowland opted for an edgy look for the world premiere of “Nope” in Los Angeles.

On Monday, the Grammy-winning singer walked the red carpet of the TCL Chinese 6 Theatres for “Nope” wearing a black gown by Mugler, designed by creative director Casey Cadwallader, which featured mesh and cutout designs on the sides of her midriff and hips. She styled her hair down and wore jewelry by L.A.-based brand Just Desi and gladiator heels.

Rowland joined stars like Keke Palmer, Daniel Kaluuya, Steven Yeun and Brandon Perea on the red carpet, all of whom star in the film, which is directed by Jordan Peele, the mind behind “Get Out” and “Us.”

The film follows caretakers at a horse ranch in California who encounter a mysterious and seemingly unseen force that affects both human and animal behavior. Palmer and Kaluuya play the lead characters, siblings Emerald and OJ Haywood.

This marks Peele’s third horror movie under his direction. His first, “Get Out,” which premiered in 2017, was met with critical acclaim, with many critics stating it was one of the best movies of that year.

“Nope” is scheduled for a theatrical release starting July 22.