The omnipresent sisters will launch a line of glasses at stores in February. 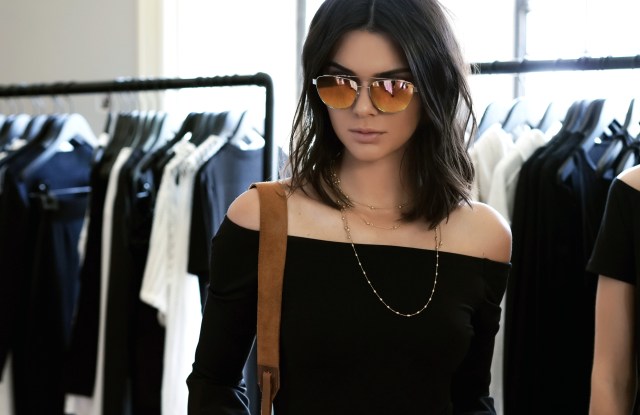 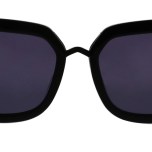 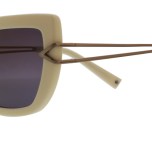 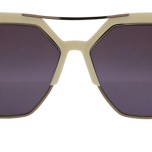 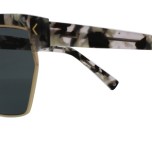 NO END IN SIGHT: Kendall Jenner may be pulling back on her public presence — relinquishing her Instagram account this week. But the same cannot be said of her fashion label with younger sister Kylie.

The two Jenners’ brand, aptly known as Kendall + Kylie, is set to launch a range of eyewear. The reality stars’ eyewear launch further extends their foothold in fashion. They launched their own  contemporary apparel line in 2015, in retail stores such as as Saks Fifth Avenue and Neiman Marcus. They also have a footwear line under the same name, manufactured by Marc Fisher Footwear. Before launching their eponymous lines, the sisters dabbled in successful collaborations with both PacSun and Topshop. Kylie also has separate deals with Puma, as well as her wildly successful beauty line, which dominates feeds on Instagram every time a new color palette is launched.

“This is all us. It’s enjoyable to be able to fully create,” Kendall told WWD at the time of the apparel launch. “It’s a lot different from our Topshop and PacSun collections because those were both collaborations, so they obviously had a say in everything.”

Added Kylie: “I feel like we’ve both really evolved our styles, and this represents what we want to wear.”

The sunglass styles will retail from $145 to $220 at Nordstrom, as well as specialty boutiques. They will become available for sale in February.

The eyewear will be distributed by Allure eyewear, a subsidiary of Marchon. The collection is largely comprised of acetate frames, and comes with specialty lens colors — such as rose gold. Its introduction adds to Kendall + Kylie’s already robust repertoire of ready-to-wear, shoes and handbags.

Said the sisters of the eyewear launch: “We’re [pleased] to offer our new collection of sunglasses. Eyewear is the finishing touch that elevates any look. We can’t wait for our customers to see the world through our eyes.”