Kenneth Cole met with 400 FIT students to discuss the story of his $500 million brand. 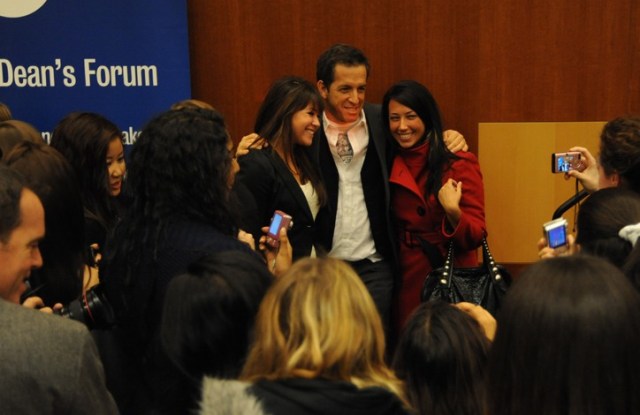 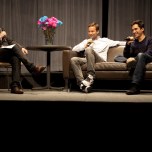 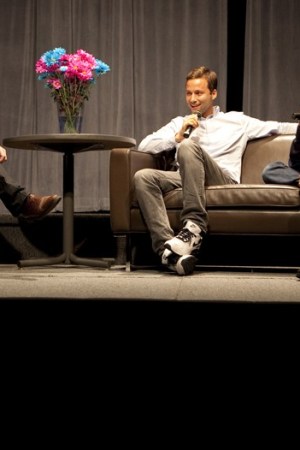 COLE SPEAKS: Designer Kenneth Cole met with about 400 students at the Fashion Institute of Technology in New York on Wednesday night to speak of his journey to the $500 million brand he has built, but also in hopes of inspiring the students who are looking to enter the workforce in a down economy. “People say that things will get better in a few months, but to be honest, I don’t think it will get better for years,” he said. “The key is to go out in the world with a sense of contest….Find out where you can offer value as a designer and create something that people will desire.” Cole spoke of his latest success, which was designing a woman’s shoe that is “both stylish and the most comfortable shoe you will ever wear.” The company advertised the shoe over the summer and didn’t produce a large number in hopes of creating demand, he explained. On Aug. 7, 1,500 people waited on line outside of the Kenneth Cole flagship in Rockefeller Center hoping to get their hands on a pair. “We looked at the situation in the economy and used it as an opportunity to change the dynamic of what we sell,” he said. “There’s still demand for that shoe.” He went on to talk about the changing needs of the American consumer and the growing importance of social networking to stay on top of their needs. “By the way, I can use more Facebook friends and more followers on Twitter,” he said. By Thursday morning, a Cole spokesman confirmed the designer had 120 new friends on Facebook.

BOYS TALK: Over at Parsons The New School for Design, Proenza Schouler’s Jack McCollough and Lazaro Hernandez held court on Wednesday. They chatted with Simon Collins, the dean of the school of fashion, and had plenty of advice for the budding designers in the packed room. McCollough and Hernandez stressed the importance of internships, recalling how theirs at Marc Jacobs and Michael Kors, respectively, helped them learn the tricks of the trade, especially fabric sourcing. The label offers a separate commercial collection in its showroom. “Now [the runway] is just for media; it’s a marketing tool,” Hernandez said. The duo admitted it is not averse to a lower-priced secondary line. “When we did the Target project, we saw there is a whole different set of customers,” McCollough said. “It gave us ideas.” This was the first of the Parsons Fashion Conversation Series.

A HUMBLE PRINCE: “I fear I’ve caused complete and utter confusion,” Prince Charles told Burberry’s 800-plus staffers who gathered to greet him when he inaugurated the company’s new Horseferry House headquarters Thursday morning. “I’ve probably ruined your production targets for the day — I seem to spend my life doing that!” Chief executive officer Angela Ahrendts and creative director Christopher Bailey squired the prince around the 160,000-square-foot building, and even gave him a preview of the brand’s soon-to-be-launched social networking site. Ahrendts also said the Burberry Foundation would make a donation to The Prince’s Foundation for Children and the Arts. And, as if there were not enough Burberry in the Windsor family closet, the prince got to take home more. Bailey presented him with “a very small thank you” of a gabardine walking jacket made at the company’s North Yorkshire factory and a trademark check cashmere scarf made in Scotland.

DRESSING THE PART: Ivanka Trump was pleased, if not surprised, at the impact her wedding dress has had. Trump’s Sunday wedding to New York Observer owner Jared Kushner has been covered thoroughly by the media, with her long-sleeve, lace Vera Wang gown was one of the most talked about aspects of the event. Trump celebrated with her new husband again at a dinner for 1,000 guests at The Puck Building in Manhattan on Wednesday night. “I have always wanted my wedding gown to be elegant, feminine and sophisticated,” Trump said. “My taste generally is influenced by the fashion of the 1950s, and therefore, I always envisioned being covered. My only debate was between full- or elbow-length lace sleeves.” The dinner, punctuated with a traditional “Hora” dance, was attended by family and friends of the couple.