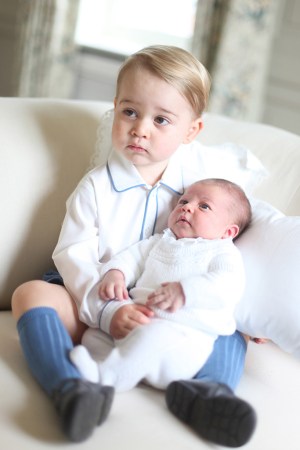 LITTLE ROYALS: Kensington Palace released the first images of Prince George with his new sister Princess Charlotte via social media late Saturday. Taken by the Duchess of Cambridge, a keen amateur photographer, the photos were shot at the family’s home in Kensington Palace in mid-May, two weeks after Charlotte was born. Both children are wearing white with Prince George in Rachel Riley and Princess Charlotte in Irulea. Prince George is shown holding and kissing his little sister, who will be baptized on July 5 on the Queen’s Sandringham estate.

You're missing something!
SUBSCRIBE NOW
Duchess of Cambridge prince george