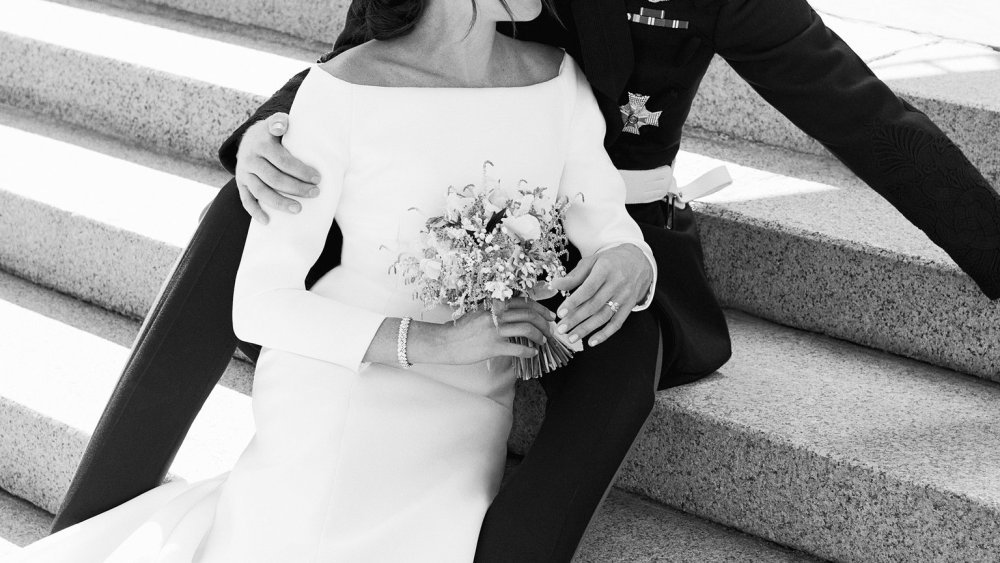 Two of the photos were taken in The Green Drawing Room at Windsor Castle following the post-ceremony carriage procession around the town. A third photo, a black-and-white shot of the Duke and Duchess of Sussex alone, was taken on the East Terrace of Windsor Castle.

“The Duke and Duchess of Sussex would like to thank everyone who took part in the celebrations of their wedding on Saturday. They feel so lucky to have been able to share their day with all those gathered in Windsor and also with all those who watched the wedding on television across the U.K., Commonwealth and around the world,” the palace said.

Lubomirski said shooting the wedding and the engagement photos last year “has been a beautiful chapter in my career and life that I will happily never forget.” Lubomirski added that he was honored to document the Duke and Duchess of Sussex’s “inspiring journey of love, hope and family.”

Two of the photos show the new Duke and Duchess of Sussex, their immediate family and members of the wedding party, including Princess Charlotte and Prince George. The duchess’ wedding dress was made by Clare Waight Keller for Givenchy Haute Couture, with a veil bearing the flora of the 53 Commonwealth nations.