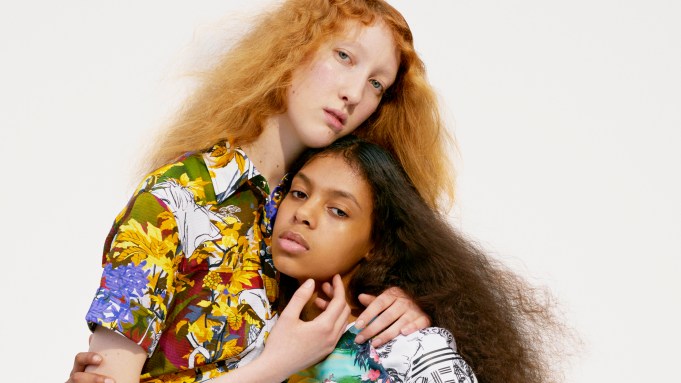 WILD THING: Kenzo has unveiled the look book for its capsule collection with Disney to coincide with the worldwide release of the new film adaptation of “The Jungle Book” directed by Jon Favreau.

The limited-edition pieces for women and men are scheduled to go on sale on April 8 in a selection of Kenzo stores, multibrand boutiques, department stores and online. They feature two colorful prints incorporating the original drawings of the characters in the 1967 animated movie, culled from the Disney archives. Meanwhile, Shere Khan replaces the tiger on Kenzo’s signature sweatshirt.

Kenzo celebrated the collaboration with a party during Paris Fashion Week in March.

“The tiger, all the references that he made led us to collaborate with Disney. We looked at the archival drawings of ‘The Jungle Book’ as well as the new imagery and our tiger. We did a beautiful print mixing all these elements together. We put it on beautiful dresses, jackets, denim, jersey, sweatshirts — a bunch of different things.”